Liam Hayes does things his own way. He’s been making and recording music since before many SAIC students were anything more than a twinkle. Performing and recording as Plush, he’s in, out, up, and down. He’s been in a movie, he’s been told he’s big in Japan, and recently finished a string of shows at The Hideout here in Chicago. His current album, Bright Penny, stands as the third full-length release in his catalog. Hayes’ music has been often described as orchestral 60s pop, a la The Bee Gees, The Walker Brothers, or Burt Bacharach.

In the past, Hayes has given his fair share of interviews. Many of them seem to be filled with indie-rag reporters asking vague, trivial questions that are met with proportionately equivocal answers (think mid-sixties Bob Dylan Q & A sessions). Because of this, Liam has often been pegged as enigmatic or idiosyncratic. Regardless, Liam was kind enough to sit down outside with F over coffee to discuss a few topics pertinent to the current state of music and how he makes it. 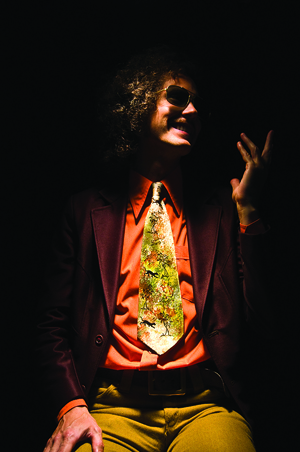 Ben Pegram: I’m curious what your thoughts are on the topic of digital versus analog. In a broad sense, what are the advantages and disadvantages of both as they pertain to music?

LH: I’ll give you an example: I have some files from a recording date I did seven years ago. I did some demos in a digital format. “Seven years later, I wanted to take those files, right – because they’re not in the dominant file type, I’d have to take them and render them over from a file type that nobody uses now. That ends up taking two hours, to transfer one song that’s four minutes long.

So, I had somebody else who had a session that I needed to transfer, not from digital to digital, but from analog to digital. I had him transfer three songs. I asked him how long it had taken, once he was done, and he said it took nine minutes. Three songs, nine minutes, done. He didn’t even charge me for it. The other thing cost me a hundred bucks. So there’s the ease of dealing with digital, but because it continues to change, you constantly have to dance to whatever the tune happens to be.

BP: Does one sound better than the other?

LH: Is one better sonically than the other? I don’t know. We tend to be sold this idea of, okay, here’s the new solution for all your problems, and it’s always been that way with technology. But I think it’s important to consider where you are along that continuum. Personally, I think digital is in its infancy. You don’t really know five or ten years from now how it’s going to sound. You might retrospectively be able to hear it the way you hear things that were recorded digitally twenty-five years ago – things that have flaws. I don’t know … it’s whatever you’re comfortable with. You have to be comfortable with managing files that potentially may not be able to be opened thirty years from now.

BP: Do you like the security of having a physical copy of your music? Do you feel better if it’s on tape, as opposed to being a file on the computer?

LH: There are a lot of things that you have access to when you’re working in the digital realm. The way you can run a session, for example. The way you can save a session, the way you can edit, or juxtapose things very easily and quickly. You can’t do that on tape. So, most people would consider that to be an advantage. It does change the way that people work. You don’t just say, well, we have all this at our disposal, but let’s not use it. People tend to use things that are there for their ease or convenience.

BP: Digitally, there are so many options for manipulating or recording sound. What factor does that play in getting your music recorded? Do you approach it the same way you would if it was tape?

LH: I think that if you could, that would be a good thing. Like I said however, it really never ends up working that way. You never say, “Let me treat this like a tape machine,” and not do any editing. You end up using those solutions.

BP: To your advantage though?

LH: Well, I guess. It’s just there to save you time. It’s there to help facilitate other ways of completing a thought or musical idea. There are people who are making what may as well have been Pro-Tools records in the analog world, due to all of the editing that they did. It just took a lot longer to do that.

What most people who’ve gone into a recording studio had, or the way a recording started was with everyone playing it once. It was initially more performance-based. As things evolved and multi-tracking became widespread, you didn’t have to focus on the performance as much. I don’t think it was really until Pro-Tools that you could really construct a piece of music so easily, without that being a part of the equation.

BP: So digital recording doesn’t get in the way?

LH: Right. A lot of pop songs before digital technology were made from parts of different takes. Maybe they did the first half with one take, and the second half with another, then editing. Performance is something to value in music. Keeping as much of that as is possible makes it more interesting, to me.

BP: So, for the most part, do you do live takes for your recordings?

LH: Yes, as much as you can, or as much as it makes sense to. If it’s played well, it’ll sound great.

BP: I know that a lot of your recordings have taken lengthy amounts of time to complete. What’s the reason behind that? It doesn’t appear that you’re churning out a record every year.

LH: It just has to do with practical concerns. To make it – I don’t know if I’d even say a bigger record, but to make a “studio recording” the average budget would be so much. To do that you’d have to have the studio, engineers, musicians, arranger, and on. So whatever resources you might have had access to in the past, if you had a record label footing the bill, it would have allowed for all of that to happen in a more compressed time-space. That’s not to say that some of those bigger records didn’t drag on for months or years.

In my case there’s more gathering of resources in order to do it without the support of a label. So it seems as though it takes longer, or is bigger than it actually is just because it’s happening out of context.

I know somebody that was just working with a group that was in the studio for two months solid. But they had somebody footing the bill to do that, and they were writing in the studio too. I’ve never been in that kind of a position. It might be two months in the period of two years, just doing it as I can.

BP: From writing the songs, to getting the album in the can, how long did it take to record your new album, “Bright Penny?”

LH: I don’t usually start a record unless I have the songs. Once I have the songs, then I’ll start getting things together that need to be brought together to record it. From the time we started, to the time we finished was about three and a half years. But we weren’t in the studio every day!

I can’t imagine what kind of record somebody would make if they were actually in any studio for that long on one project. I just can’t imagine. Maybe there are records where people have just done it and redone it, and bashed it to death. That’s really not the case with this one though. Again, it may seem like it took a long time, but if you break it down into what people do when they make a record it’s not. For this project it required some time, though.

BP: How did you finance the record outside of a major label?

LH: You do it by getting help from people that value what you’re doing, and also you just make some personal sacrifices. I don’t drive right now. My car is in that record. At this point in time making a record is not a good investment. You’re basically making something, and I won’t say that people don’t value music, but I don’t think that it’s something that’s valued in the same way that it had been.

It’s kind of funny – the price tags on anything tend to be indicators of people’s emotions. So when you buy a record, you’re making an emotional investment. If you remove that, you remove that connection that people have to music. It becomes more, without sounding cliché, “disposable.” Were there ways to listen to music for free in the past? Sure. We’re just at an unusual place currently.

BP: Are you optimistic about the future of music, even in its current state of digital proliferation? Do you see people continuing to buy music?

LH: Well, here’s the thing, it’s easy to talk about computers and to demonize technology. I don’t know if you can really separate the economic aspect of it from the technological aspect of it. What’s the difference if you buy a record and put it on a turntable, or you listen to it on your computer or a portable device? There might be issues of fidelity, but what’s the big difference?

The main thing that we’re dealing with right now is beyond any discussions of how it was recorded, or how it sounds. What place does music hold in people’s lives now?

Select songs and downloads of Bright Penny, as well as the rest of Plush’s previous albums are available on Liam’s website: http://www.liamhayesandplush.com 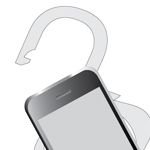 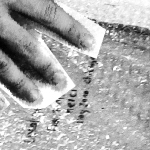