An Exploration in Performance Art

The world of performance art is not one widely experienced by those outside of the performance community. In an effort to change that, the Chicago Department of Cultural Affairs and the School of the Art Institute Chicago’s (SAIC) Performance Department are teaming up to present their second iteration of IN>TIME 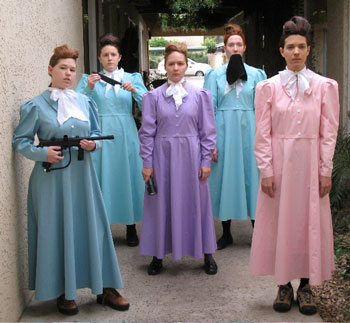 The world of performance art is not one widely experienced by those outside of the performance community. In an effort to change that, the Chicago Department of Cultural Affairs and the School of the Art Institute Chicago’s (SAIC) Performance Department are teaming up to present their second iteration of IN>TIME, a performance showcase that unites local, national and international artists in an exploration of new, experimental performance practices through a variety of media.

The project is spearheaded by SAIC Performance Adjunct Associate Professor Mark Jeffrey and SAIC alum Sara Schnadt, currently a webmaster for Chicago Artist Resource. “Sara Schnadt and I came together in 2006 feeling disappointed with the performance scene as a whole here in Chicago.” Jeffrey said. “We were interested in bringing a visual arts movement-based mission to the work that we wanted to be seen here in the city. So in 2008 we began the first iteration of IN>TIME.”

More than just a chance for others to see them perform, it was important for Jeffrey that the showcase expose the Chicago performance and art community to emerging and established work by national and international artists, as well as to give burgeoning performance artists a post-school opportunity to develop their work professionally. “As we know, or, as I certainly remember, one of the biggest challenges about being a student is to make work post-school. How do you do it? And how the hell do you get the support?” To help solve this problem, Jeffrey and Schnadt developed an incubation program that functions within IN>TIME — interested students may submit their portfolio to the Chicago Performance Network (CPN), an advisory board also founded by Jeffrey and Schnadt. 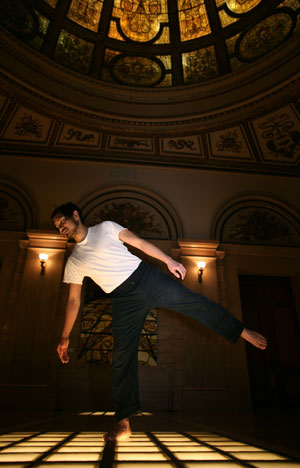 This year’s showcase kicks off on Friday, March 26 from 1-5:30pm with a free symposium on the 5th floor of the Chicago Cultural Center. IN>TIME artists and curators — including special guests Sara Jane Bailes, Julie Laffin, Nick Lowe, Trevor Martin, Abina Manning and Tricia Van Eck — will discuss strategies for creating and sustaining a performance art practice. The symposium aims to reach individuals beyond the performance community, and to generate positive discussion. “What I love about being here in Chicago is that you feel like there are a lot of people working very hard with very little resources to make things happen,” Jeffrey remarks. “There’s definitely an entrepreneurial spirit.”

The performances on March 27 from 6-9pm — which include national performance artist Angela Ellsworth, as well as the Croatian performance group OOUR, who will be making their US debut — are not tied by a specific thematic framework, but rather, come together to stimulate new performance work. “One of the things that I’m concerned with, as an artist and as a person in the world, is where is one’s attention? Where is our attention? I think that all the artists within IN>TIME are looking at that,” explains Jeffrey.

For more information about IN>TIME visit: www.dcatheater.org/shows/show/intime_2010/
All events are free, but reservations are required for the symposium. 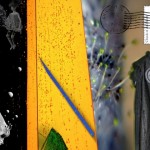