Cuno argues that the money made from blockbuster exhibitions does not outweigh the toll it takes on the museum’s reputation.

By Emily Bauman
In 1976 the Metropolitan Museum of Art put on its infamous “King Tut” exhibition, which broke attendance records for the New York epicenter, and ushered in the era of blockbuster exhibitions. Blockbusters draw in huge crowds of out-of-towners and, thereby, huge sums of money for both the museums that host them (which often charge an additional fee for admission to the special exhibitions), the cities they are in (local businesses, hotels, restaurants, etc.), the galleries that surround them, the curators who produce them, collectors who own works by artists in the shows, and more.

The old faithful blockbuster is generally an Impressionist exhibition—Monet really knows how to draw in the crowds—but they have ranged from national treasure exhibitions to kitschy subjects that bend the definition of fine art. However, in an 1980 interview with Brenda Richardson, Richard Serra snarkily remarked: “I’m never sure anymore when I go to the Whitney [Museum of American Art] whether I will see Arnold Schwarzenegger flexing his muscles in the hall or another Edward Hopper retrospective, either one of which is essentially a sales pitch to bring in the masses.” In 1998 when New York’s Guggenheim opened its “The Art of the Motorcycle” exhibition, I have to admit, I had exactly the same feeling. In fact, I swore off going to the Guggenheim ever again, (that is, until they drew me back in with Daniel Buren in 2005.)

But during recessions, or when public funding has been cut, or even during a renovation, the publicity and funds that a blockbuster can bring to a museum can prove invaluable. Take, for example, the “Matisse Picasso” exhibition that the Museum of Modern Art put on during its tenure in Queens (while it overhauled its Manhattan site). Billed by New York Magazine as “Picasso vs. Matisse: MoMA’s Subway Series—The battle of the titans of twentieth-century art is taking place in Long Island City, which brings up a new issue: Which is New York’s left bank?,” the show was an attempt to maintain the museum’s stature while it was in (metaphorical) exile. With over 3,000 visitors a day, at 20 bucks a pop, I would guess: it worked.

AIC has been complicit in this strategy over the years, mounting a Monet retrospective in 1995 that drew about 965,000 visitors, and a Mary Cassatt one in 1998 that charged a $14 entrance fee. But things have (supposedly) changed since James Cuno came to town in 2004 with his anti-blockbuster stance. Cuno views the internationally touring major exhibition as a distraction from the permanent collection of a museum—it doesn’t hurt that he is now working with the nation’s third largest encyclopedic collection. Ironically, though, AIC is known for is its Impressionist collection, theoretically making the works on permanent display a perpetual blockbuster.

But it is also the gift shops, restaurants and commercial partnerships that Cuno rails against. Even wall texts, catalogues and education have come under his scrutiny. “The author of the discourse replaces the maker of the object as the primary agent in the experience,” Cuno told The Harvard Crimson in 2004. “We have to see that museums are not only places of learning…We shouldn’t presume that the only way to justify the museum experience is the extent to which you learn something.” He believes that the museum has a responsibility to the public to gain its respect and trust: members should not be paying for special access to traveling exhibitions, but should be investing in the institution, its collection and its goals.

And, who can argue with his basic point? Exhibitions like “Sensation,” back in 1999-2000, and the circus that surrounded it, definitely take the attention away from scholarly genuine endeavors and give undue power to collectors like Charles Saatchi. But, it also put the Brooklyn Museum of Art back on the map, and names like Chris Ofili and Damien Hirst on the front page of the news. But, while Saatchi and Hirst have helped make the art world what it is today, they haven’t necessarily done so without sullying the waters.

Cuno argues that the money made from such exhibitions does not outweigh the toll it takes on the museum’s reputation. But Cuno is known for raising money for museums via other means. During his nearly 12 years as director of the Harvard University Art Museums (1991–2002), he doubled the size of the staff, budget and the collection, raising $55 million in a capital campaign there in the 90s. He has managed to raise more than two-thirds of the money needed for the Modern Wing during his tenure (he came in with around $120-125 million of the approximately $370 million price tag already accounted for). However, during the renovations and construction of the Modern Wing (set to open on May 16), Cuno has made a couple of moves that seem to question his anti-blockbuster commitment.

For example, the museum loaned almost 100 of its famed Impressionist and Post-Impressionist works to the Kimbell Art Museum in Fort Worth, for an undisclosed, but hefty sum. The works were presented as a blockbuster exhibition in Texas under the title: “The Impressionists: Master Works From the Art Institute of Chicago” (June 29-November 2, 2008), with an accompanying catalogue used to bolster the image of AIC. So, even though the blockbuster wasn’t held at the museum itself, there is no doubt of its complicity and intentional self-promotion in the loan agreement’s conditions. This practice is not unusual however—using MoMA as our comparison again: parts of its collection were sent during its renovation to Tokyo, Moscow, Berlin and Frankfurt. Fees were charged for these shows (it was reported that Berlin paid $2 million for the loan).

And, while Cuno derides the tendency to focus on the “theme park” experience of the museum that blockbusters, gift shops, cafes, etc., bring, the first major changes that were made to the Modern Wing’s plans upon his arrival were the addition of a restaurant, an elevated sculpture terrace and an 800-foot bridge over Monroe St. that leads right into Millennium Park. The restaurant (not unlike MoMA’s exquisite The Modern), will be run by a top Chicago chef (Tony Mantuano from Spiaggia) and will be separated into a bar/lighter meal area and a fine dining space. Cuno was quick to credit the popular draw of Millennium Park and its accessible public sculpture program with the revitalization of and additions to the new wing’s design.

The museum’s recent program has betrayed some ambiguity as well: while Jasper Johns’s “Gray” show may not be as colorful and crazy as any Picasso exhibition, it, along with the recent Turner, Homer and Hopper shows were definite crowd pleasers. (Not to mention the exclusive showing of the Benin exhibition earlier this season and last year’s “Silk Road Chicago” extravaganza, which were nothing to be scoffed at either.) Meanwhile, the current Edvard Munch exhibition got first page billing in the New York Times, and, like blockbuster shows at most museums, the museum is charging a separate entrance fee—a full entrance fee during February’s “Free Month” and about a $5 add-on to admission for March and April.

Only a month and a half away from the greatly anticipated opening of Renzo Piano’s new Modern Wing, AIC is expecting major publicity and record attendance to its new galleries and its inaugural special exhibition of Cy Twombly’s 2001-07 paintings (not a blockbuster per se, the Twombly exhibition is spuriously rumored to be a bid for the artist’s estate). So, while some of AIC’s recent exhibitions appear to have been blockbusters-by-accident and the new wing’s opening is so much more than a blockbuster, which should be bringing in a financial windfall starting mid-May—especially with the newly instituted $18 entrance fee—it is possible that the traditional blockbuster is not a necessary avenue for AIC at the moment. 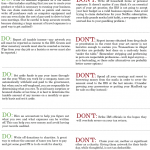