Transportation Needs: A Review of Zipcar

You don’t need a car to get around Chicago, but it helps when you buy something heavier than you can carry. This is my experience with Zipcar, a car sharing service.

You don’t need a car to get around Chicago, but it helps when you buy something heavier than you can carry. After attempting to carry a kitchen island home from Target one cold day in January, I decided to sign up with Zipcar, a car sharing service.

Car sharing is a clever concept: for a small yearly fee, anyone 21 or older with a driver’s license can rent a car daily or by the hour without having to pay for insurance, parking, or gas. Even though renting a Zipcar seems remarkably cheap, the company isn’t stupid: if you get into a wreck, the deductible is $500 for any sort of accident.

Here’s how it works: once I signed up, I was mailed a keycard that unlocks the rental car by touching the card to the hood. I then went online to www.zipcar.com and entered in my departure and return times for the rental car (from 10:30 am to 12:30 pm on a Saturday). Many of the cars closest to me were already reserved. I decided that I still wanted to run errands, so I chose a Zipcar location almost a mile away from my home. According to the directions on www.zipcar.com, it is the driver’s responsibility to see if there is any damage to the car before you drive it off the lot. After inspecting the car, my only complaint was that the car was dusty, and needed to be washed.

When I arrived at Target I realized that there was yellow paint on the Zipcar’s front bumper. I didn’t want my first experience with Zipcar to be my last, so I called the hotline listed on the back of the keycard and left a message explaining the slight damage to the car. Four weeks and counting, I still have not heard back from them about the bumper issue, and although I haven’t been charged for it I would still appreciate a phone-call in response, so that I can stop worrying that my credit card will be charged for the bumper damage.

Both non-profit and for-profit car sharing programs have been around in the United States for a few years. I decided to sign up with Zipcar instead of another popular car sharing service, the Chicago-based non-profit I-GO. I would have preferred to join a non-profit car sharing service, especially since the hourly rate is cheaper for I-GO in comparison to Zipcar, but also because I could rent a hybrid from the non-profit if I felt like saving the earth that day. I-GO’s rates begin at $6/hour and Zipcar’s begin at $9.25/hour, and both have either a monthly or yearly rate as well. What closed my deal with Zipcar was the location of the vehicles. Even though both have locations all over the city of Chicago (except at O’Hare, which is too bad because it would be great for picking up my Mom when she comes to visit) there is a Zipcar location closer to my current apartment than I-GO.

According to Alysa McKenna, senior account executive at CooperKatz & Company, which provides strategic support for Zipcar, the car sharing service has nearly 260 vehicles in more than 100 locations, especially ones close to college campuses, and continues to grow. This means that if you want to rent a Zipcar, and are too young to rent one from a traditional car rental service or you just don’t want to pay for gas, you can still drive up to Milwaukee for a short day trip. I predict that my future grocery shopping will become much easier. 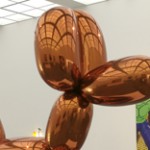 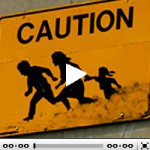