The legacy of SAIC Professor Robert Loescher lives on through his students and friends.

By Emily Baumann May 2, 2008 Uncategorized

“¡Oye! Life is a Feast,” the event held in memory of Sir Robert J. Loescher (1937-2007), started long before breakfast was set out at the Gene Siskel Film Center in the early morning of April 4. Whether the appreciation started the day each person he knew met him, or at the 25-course meal held in his honor the night before, is up for discussion.

Half memorial, half celebration, the event centered on Loescher’s passions: art, culture, travel, food, eroticism, ritual, teaching, and knowledge. Shay DeGrandis, Director of Academic Programs in the Department of Art History, Theory and Criticism, explained that, having been adamantly opposed to memorial services and retirement parties (and even to the idea of “retiring,” since it implied giving up teaching), the event was originally proposed to Loescher as a tribute to lecturing. Known and loved for his lecture style—especially after many years of teaching the art history survey—lecturing, for Loescher, was a whirlwind event of images, associations, stories, quotes and anecdotes, the experience of which was recounted by almost every speaker of the day.

Fittingly, the event ended with a re-enactment of Loescher’s Thanksgiving Lecture by DeGrandis and Alex Jovanovich. DeGrandis described this final adaptation of his constantly changing lecture as an attempt to give him back his final Thanksgiving, which he had been unable to celebrate, and to say thank you and goodbye. Using Loescher’s list of slides and the spare notes he left behind, DeGrandis and Jovanovich combined gossip, facts, images and visual puns to re-create the experience both of Loescher’s lecture and of the event of dining with him.
As a final “gesture of loveliness” they wished to honor his belief in something “greater” in the tradition of Dia de los Muertos by offering up the pan de los muertos—“Mexican bread to be shared with friends commemorating the dead, so their life never ends”—in the shape of a turkey.

According to Jovanovich, “his love of the world was epic. And those of us who were fortunate enough to even just catch a glimpse of that love suddenly became a part of it.” Loescher’s ability to share his passion, and to encourage other people in their own, gained him a strong, defensive group of supporters whose fierce loyalty converted them from students and colleagues into his family.

Wendy Woon, a former student and the Deputy Director of Education at the Museum of Modern Art, called this “family” his “living legacy”: a collection of motivated and successful professionals who have the power to effect great change in the world. The line-up of speakers alone vouches for this legacy, as does a great deal of SAIC’s faculty, including Interim Dean, Lisa Wainright; Simone Osthoff, Assistant Professor of Critical Studies at Pennsylvania State University; Clare Kunny, Manager of Public Education and Teaching at the Getty Museum; and Richard Townsend, Chairman of the Department of African and Amerindian Art at the Art Institute of Chicago, to name a few.

Among Loescher’s many personal accomplishments, those that seem to encapsulate the all-embracing and worldly character of his life are his six-year stint as editor of the arts sections of Encyclopædia Britannica’s fifteenth edition (through which Loeacher took the opportunity to expand the canon of the time), and being honored by King Juan Carlos of Spain with the title of Caballero and the presentation of the Cross of the Order of Isabela la Catholica.

Loescher’s contributions to the School go beyond what can be said by any one person. He founded the Art History department, taught the survey to about 9,000 students over the years, broadened the department to include gender studies and a more international approach and mentored students during his 40-plus years as a professor

In her introduction, between crying and laughing, Wainright pronounced, “The school was Bob and Bob was the school—He was us.” From the emotive descriptions of his larger-than-life persona, abundant joy, and zealous pursuit of everything there was to get out of life, this assertion felt, even to those of us who came here after he was gone, like a self-evident truism. 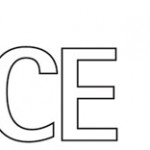 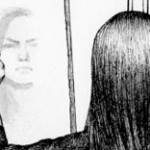