As an art history student, I had been taught there is a difference between high and low art, popular and folk art, well executed and kitsch art, as well as sculptural and mass produced objects, each with its own value system. But my view has changed since I began working at SAIC’s Roger Brown Study Collection (RBSC).

The RBSC contains an incredible and eclectic collection of objects. Originally the home and studio of artist Roger Brown, it has been preserved just as he left it when he gave the collection to SAIC in 1997. The second floor, which used to be the artist’s home, contains a vast array of objects ranging from paintings by Chicago imagists, such as Jim Nutt and Christina Ramberg, to a pair of comical slippers depicting Nancy and Ronald Reagan, displayed prominently on the living room couch. What distinguishes this museum is its adherence to Roger Brown’s belief that all interesting objects, whether they be an imagist painting, an “outsider art” painting (a term Brown did not care for), or a streamlined toy car, were all art. He did not assign more value to one piece over another.

Roger Brown came from Alabama to Chicago to study art at SAIC in the early 1960s. At the time, collecting and surrounding oneself with these objects was encouraged as part of the learning process at the school. One of Brown’s studio professors, Ray Yoshida, would organize trips down to the Maxwell Street Market to hunt for interesting “treasures.” Brown’s art history professor, Whitney Halstead, fed his interest in non-Western art. Both these influences feature noticeably in Brown’s collection, with its assortment of masks and African and Oceanic sculptures, placed near toys and functional objects.

Working at the RBSC I was struck by Roger Brown’s apparent lack of distinction between these different forms of art. Walking up the main staircase to enter his old home, one immediately sees an H.C. Westermann drawing next to a thrift store painting, both displayed in the same manner, with no lesser value attached to the thrift store painting. At the top of the staircase there is a Martin Ramirez drawing opposite an old freak-show banner. In his bedroom one finds African sculptures near William Dawson’s depiction of the Maxwell Street performer, Chicken George, near some of Brown’s own paintings. In the living room we find a Jim Nutt painting adjacent to a mask, and above, a satirical sculpture of Richard Nixon. This is not to say that the collection has a disjointed feel to it. Each object relates to its space and to what is displayed around it.

In her essay “Roger Brown’s Artists’ Museums: Objects, Collections and Environments,” RBCS curator Lisa Stone writes, “Historically and conceptually complicated and chaotic upon close analysis, the RBSC is nevertheless cohesive and interrelated as a visual experience, as a work of art.”

Take Brown’s Tugendhat table by Mies van der Rohe, for example. It is a modernist object, typically shown with a single vase on it. Brown, on the other hand, chose to cover the table with over eighty objects, including a Jack Daniels bottle that Brown had painted, Native American beaded bags, a couple of books, antique iron shears, and a dog collar. Referring to this display, Stone noted: “There are many such moments in the collection, and the RBSC reflects Brown’s essentially democratic conviction that works of art from many cultures and genres be presented in an environment devoid of academic and economic hierarchies, where they can be appreciated as equal in value, on their own merits.”

After working around Roger Brown’s collection for a few days I started noticing that I was viewing art in a different way. No longer was I sidestepping works that I would have originally thought to be kitsch. Instead, I was appreciating objects for their interesting form and design. Suddenly, thrift store paintings did not seem so common, toys became sculptures, and even waffle irons were a thing of beauty. I put my original distinctions off to the side and began experiencing the world through Brown’s democratic view of art. It has taught me to look at objects more carefully and value interesting design and interesting relations between seemingly different types of objects as more important than categories assigned by art historians and critics. 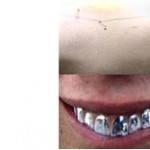