Artist Anish Kapoor is moving on to the Big Apple, following his shiny Chicago creation, Cloud Gate, with another reflective sculpture.

Artist Anish Kapoor is moving on to the Big Apple, following his shiny Chicago creation, Cloud Gate, with another reflective sculpture. Sky Mirror will be on display in Rockefeller Center from September 19 to October 27, and will coincide with painter and filmmaker Sarah Morris’s “Robert Towne,” an outdoor painting covering the 19,744-square-foot underbelly of the Lever House.

Sky Mirror, a dish of stainless steel about three stories tall, will mark another monumental feat for Kapoor. Instead of facing the area where the famous tree stands during the holiday season, the concave side of Sky Mirror will face 30 Rockefeller Plaza at the entrance to the Channel Gardens. It will reflect an upside down view of the skyscraper and the sky. The convex side will face bustling Fifth, elongating passers-by and distorting speeding taxis.

Anders Nereim, Chairman of the Department of Architecture, Interior Architecture, and Designed Objects at the School of the Art Institute of Chicago, was “a bit puzzled by the computer generated renderings used to show the experience of Kapoor’s Sky Mirror.”

Cloud Gate, Kapoor’s first public sculpture in the United States, was buffed in its place to a seamless and uninterrupted piece after its unveiling in 2004. Sky Mirror, however, is being polished in Oakland, CA, before it is sent across the country to its temporary home in New York.

The 23-ton lens is so big that it “partially closes off the entrance to a beautiful little urban piazza…and will alter the traditional urban pedestrian experience of New York City, ” says Nereim. “The piece makes me think of someone wearing a classic, petite, beautifully proportioned Coco Chanel suit, but also some impossibly large glass bauble necklace. It will be every bit as successful as ‘Cloud Gate,’ which is an optical riot,” Nereim says. “Kapoor brings an optical funhouse out to the urban scale and brings optical curiosity out to the city.” But, if Kapoor’s piece is to be permanent, Nereim suggests that Kapoor drive it around on a flatbed truck to see where it could have the greatest permanent impact reflecting the urban landscape.

Kapoor joins a number of artists, such as Jonathan Borofsky, Takashi Murakami , Jeff Koons, and Nam June Paik, who have all displayed work in Rockefeller Center as part of the Public Art Fund.

Kapoor explored many different mediums, including lights and water, for Sky Mirror. He finally settled on stainless steel. Although this was not a completely original idea (a smaller version exists in Nottingham, England), Kapoor wanted to recreate it on a grander scale. He admitted to The New York Times, “Who’s ever seen it [in Nottingham]?”

According to Alan Artner, art critic for The Chicago Tribune, Kapoor’s sculptures are “sensuously minimalist,” and he claims that they do not strictly follow the formal Minimalist ideas of the American practice in the 1960s and 70s and aren’t in the same category as that of Richard Serra. Kapoor’s pieces are contemplative and mystical. “There’s a spiritual aspect to his work,” Artner said.

Kapoor told the Public Art Fund that he is “really interested in [this idea of] the ‘non-object’ or the ‘non-material.’ [I have] made objects in which things are not what they at first seem to be…a mirrored object may so camouflage itself in its surroundings as to appear like a hole in space.” In his reflective pieces, he wants to engage viewers by distorting them and their surroundings, providing a portal to a city turned upside down. As the sculpture reflects the viewer, the viewer reflects on the sculpture. 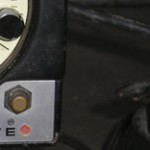