If you happen to find the March issue of W Magazine, thumb through until you reach Stella McCartney’s most recent ad. You will be rewarded with a sultry Kate Moss, languidly dangling Jeff Koons’s signature chrome bunny from pursed lips. McCartney, known for her smart, playful, androgynous garments has recently coupled up with the infamous Koons (an investor-turned ready-made artist), represented by none else than Kate “Cocaine” Moss, the art world’s most adored model.

The iconic bunny has been scaled down, mass-produced and re-invented as a collection of pendants for bracelets and necklaces, while his paintings take the shape of charming, floor-length evening dresses crafted from silk chiffon. McCartney’s appropriation of Koons’s early work is fitting, due to the re-emergence of early ’90s trends on this year’s runways. Fortunately, Koons’s work, which embodies a sort of cold commercialism, lends itself beautifully to being manufactured through mechanized, assembly-line methods.

But there is something about this pair that is unavoidably TomKattish. Throw together two big names (and if you count Moss that’s three), toss in the famous musical identity McCartney carries, and suddenly the publicity increases exponentially. But for such an electric combination of artists, McCartney’s Spring 2006 collection falls short of thrilling. When one first envisions a line of clothes inspired by Jeff Koons, the last thing that comes to mind is billowing dresses or straight-legged trousers. The collection lacks a certain sexiness, or even crudeness that might have been nicely exploited in combination with Koons’s work.

But the commercial success of this twosome is phenomenal. Who wouldn’t want to top off an outfit with a Koons replica swinging from their wrist? What better way to make known one’s knowledge of art but by brandishing the miniature sculpture on a tanned breastplate? The Koons Lips and Pink Bow patterned frocks unfortunately reference Van Gogh t-shirts and Monet canvas tote bags, usually sold in museums to old ladies. But this attire is not as accessible as the jewelry, and seems to be more about form than fame, so it barely misses this categorization.

Putting a big name on a product increases its value tremendously, which is why Isaac Mizrahi for Target, and Karl Lagerfeld (now replaced with Stella McCartney) for H & M do so well. “People want to be able to access designer items because it makes them feel privileged. Companies like Target offer watered-down products from top-designers at affordable prices,” comments Alyson Beaton, SAIC VisCom professor and professional designer. Target has been so victorious, that Wal-Mart is trying to one-up them by featuring a new designer every month. Leave it to Wal-Mart even their designers are treated like slaves.

Incestuous branding is taking over. Matthew Barney only wears Hugo Boss (after winning the Hugo Boss award in 1996). P Diddy, J-Lo, and Gwen Stefani are all getting in on the fashion industry. Agnes B, an online store, sells cotton t-shirts designed by artists such as Jean-François Sanz and Raphael Gray, pricing them around $100 each. “Artists need a way to make a living,” says Beaton. With artwork growing more and more intangible every day, it seems like only t-shirts and jewelry can enable viewers to own a piece for themselves. 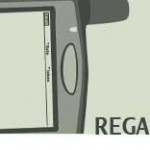