Any visitor to Alex Katz: New Paintings at Richard Gray Gallery is primed for spring, not because Katz employs colors that evoke spring—bright pinks, blues, violets, and greens—but because his paintings possess a freshness and youthful vigor, an amazing feat given that Katz will celebrate his seventy-ninth birthday in July.

Any visitor to Alex Katz: New Paintings at Richard Gray Gallery is primed for spring, not because Katz employs colors that evoke spring—bright pinks, blues, violets, and greens—but because his paintings possess a freshness and youthful vigor, an amazing feat given that Katz will celebrate his seventy-ninth birthday in July. A closer look at these seemingly effortless images reveals Katz’s precision of deftly painted transitions, brush selection, and masterful, subtle glazed accents. The exhibition, which closed March 31, contained 13 paintings that gave a good picture of what Katz’s art is and has been about.

A multi-figure landscape, first shown last year at Richard Gray, was a welcome addition to this year’s exhibition, as there was no other work that showcased Katz’s deft ability to endow his figures with psychology through gesture. “Four People Walking” (2002), a small painted study, depicts four figures against a field of sky, sea and sand. Three of the figures walk in profile towards the painting’s edges while a fourth figure, the middle man, remains indecisive; his body faces right and his head turns left. Although set in an outdoor context, this work is certainly related to Katz’s earlier, and highly successful depictions of dancers.

The only other figural landscape on view, “View” (2005), is a remake of Katz’s similarly titled painting from 1962. In the updated version, Katz humorously shows how everything in the work has matured. From the subject, his wife/model/muse, Ada; to the foliage, which now practically obliterates the sky; to the painter’s style. While the early version has the light-effused space and fluid brushwork of Matisse’s Nice period, this recent work is all Katz’s own uncompromising, mature style: tough, cool and stylistically crisp. Despite her graying hair, Ada is glamorous, whereas in the earlier painting she merely appeared stylish.

“View” was the only pair of small study and mural-sized final work exhibited. In comparing the two, it is instructive to note how the outdoor study holds the sense of sunlight and breeze of the beach while the larger work is notable for Katz’s masterful shorthand of this well-known, life-long model.

Similarly, there were two portraits in cinematic close-up that highlight Katz’s ability and range of psychological expression. The figure in the dramatically lit “Kyra” (2005), set against a vivid purple background and has two-toned cropped hair and full, pursed lips accented by a mole. Katz magically captures arching and fluidly shaped facial rhythms. He balances this bold close-up with a small, shadowed wedge of her neck and counterbalances it with a smaller wedge of her white collar. “Michele” (2005), unlike “Kyra,” is the banner image and deservedly the belle of this ball. On this canvas, identical in size to “Kyra,” it is Michele’s long, dark, chestnut-colored hair that largely dominates. Michele’s evenly lit, frontal position together with her slightly open-mouthed smile engagingly invite a dialog with the viewer. In describing her physical attributes, Katz subtly suggests two aspects of Michele’s personality; to the left, the wedge-shaped background, cheekbone, and neck are indicative of her more active, engaging side while the cascading bands of barely uninflected color and soft wisps of hair on the right are more dreamy. In this painting, Katz fluidly and subtly shifts between flesh tones. Certainly, the captivating blue background was also carefully chosen by Katz to evoke Michele’s spirit.

Katz’s background selectivity is also seen in a trio of women portrayed against subtly different, bright pink backgrounds. “Jessica in Pink” (2005), the first of these three portraits, depicts a chestnut-accented blonde dressed in a yellowish brown coat seen from behind and against an airy pink background. Her orientation suggests that she is walking away but has momentarily paused to glance back. Her face is masterfully abstracted à la Manet. The second work, “Kristen” (2005), is the only standing figure shown in a three-quarter view. The profile point of view and dramatic lighting highlights her shapely upper torso. The stronger pink background carefully compliments the light orange-pink of her lipstick.

However it is “Mae” (2005), the third portrait with pink background, that most attracted me. This is in part because Katz evokes Fairfield Porter’s late unsentimental portraits of children but primarily because of Mae’s confrontational, frontal pose and crossed arms. Underscoring her body language is the opaque hot pink background. Still, Mae’s other, more relaxed side is evident in her slightly skewed, layered blue and white t-shirts, rhythmic multi-banded bracelet, and deftly drawn fingers. In this portrait-dominated exhibition were four landscapes.

Three of these from 2005, the series “Two Trees,” depict a pair of tree trunks against a dramatically lit, verdant landscape, sans sky. As variations on the same theme, they were wisely displayed on a single wall so that the viewer quickly became aware of their shifts in color. The two trunks change from a violet-gray, to a true neutral, and then turn yellow. Meanwhile the sunlit yellow-green aspects of the landscapes gain evermore in acidity, and the shadows shift from a light, inflected green to an ever—deepening grey-green infused with sunlight. The fourth landscape, “Fall Landscape” (2004), a close-up of a yellow treetop, was the least successful work in the show because its conception seemed too pat and its surface too crisp to breathe.

Taken as a whole, this exhibition shows Katz, despite his age, getting stronger as a painter and suggests that his best works are still to come. Consistently, the painter friends with whom I visited the show left the gallery commenting that they were inspired to return to their studios. Given the bleakness of the current exhibition schedules for masterful contemporary painters in Chicago, the Richard Gray Gallery must be applauded for holding great painting exhibitions such as Alex Katz, for surely the gallery is providing the Chicago art scene with a much needed fountain of youth by inspiring all who viewed the show with a newfound source of energy.

Mark Krisco is an instructor in the Art History, Theory and Criticism Department at the School of the Art Institute of Chicago. 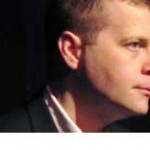 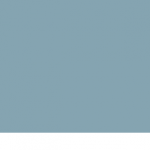