Responses to Katrina Kuntz’s article on art blogs in the March 2006 issue of F Newsmagazine. 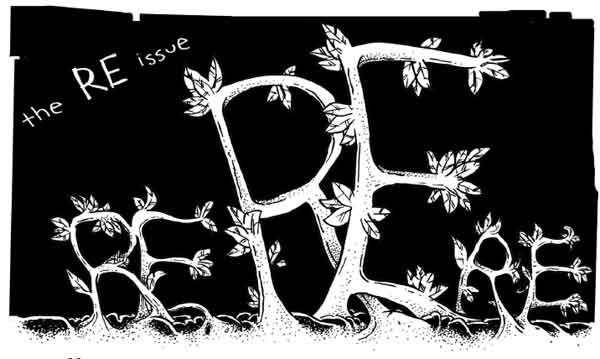 I am writing in response to the “Blog” article I just read in F News. First, the article itself reads much like a blog. So that is great. I get the feeling the author, Katrina Kuntz, did a onetime pass at blog-reading as an investigative report. Kuntz has the wrong approach to blogs, and seems to have already made up her mind from the start.

I am the author of Art or Idiocy? so I am writing, I guess, in annoyance, or defense. I wouldn’t call my posting sporadic, especially in comparison to the others. I try to post weekly, at least every two weeks. Despite Kuntz’s claiming otherwise, I stress quality over quantity. I feel as though she didn’t even really read what people were writing. At least not at Art or Idiocy? Nor did she take a thorough look at things. So here is a little, to fill everyone in, on my approach to blogging about art:

I have had an evolving mission for the site. First, as I was learning the ropes, I used it to catalogue and promote a show I curated. Then I began researching the stolen Edvard Munch paintings and reporting on that. I have also published regular reviews, although not as many of late. This is all hard from an editorial standpoint, where you are your own editor. There is not much of a separation between your brain and the webpage. But I do write everything beforehand in Word and give it proofread or two. To also bring in some freshness, a running feature has been the Top Ten. Where I invite artists or curators to make a top ten list of art, culture, whatever. Recently the artLedge did it, and the result was along the lines of conceptual art.

Lately I have been posting on the Muhammad cartoons. Yes, it is first person, yes; I mention shows I am in. I also try to post news about art that I think is interesting and worth discussion. I do make it funny, and smart-assed. That is what a blog is good for. I am conscious of my audience, I average about 500 hits a week. So I must be doing something right. I also have some background in writing about art. Two years at F News, including some feature writing, and also reviews published in Bridge and TenbyTen and online at Panelhouse.

When you are writing for the web you have to be conscious that readers don’t stick around for long, detailed criticism. And, as the States of Art Criticism was here to discuss last fall, that kind of criticism doesn’t hold much of an audience in print, either. I want my writing about art to be entertaining and engaging. I try to do that by making it casual and occasionally funny. I don’t compromise my message, or dumb it down. I think Art or Idiocy? achieves that, maybe not always, but a good bit of the time.
—Erik Wenzel via email
http://www.artoridiocy.blogspot.com

Fine, whatever [sic] she doesn’t like blogs. But has she ever read blogs? Does she understand that they aren’t articles in art forum [sic], and therefore shouldn’t receive the same cannon [sic] of critique? My guess is this article was Katrina’s first trip to any sort of blog. All she did was take workman’s top 5 [sic] and write her own very personal options in…wait that sounds like a…BLOG! If she wants to smack down [sic] blogs she should at least spend a bit of time looking at blogs and doing her own research.

Whats [sic] the deal with the name dropping thing. [sic] First she praises bad at sports [sic] for it because what their [sic] “ironic” about it? Then she slams Foumberg for it? Sounds like Katrina might need a little “vacay” from art school. thanks [sic] and please print any grammatical errors I have just to make her mad. 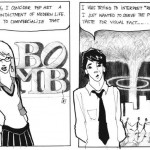 A tale of two SAICs: Creating artwork or weapons... 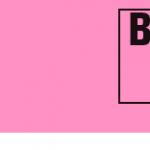