Nearly thirteen years after he urinated in and struck Duchamp’s Fountain with a small hammer, French performance artist Pierre Pinoncelli attacked the Dada urinal again with a hammer in early January. The 77-year-old artist was arrested January 4 after striking and slightly chipping the work, which was on display as part of an exhibition of 20th-century avant-garde art at the Pompidou Centre in Paris. The Pompidou’s Fountain is one of eight signed replicas made by Duchamp in 1964 after the original 1917 porcelain urinal was lost.

During his first trial, Pinoncelli claimed his actions on the famous conceptual work were an attempt at “restoring dignity to this object, victim of an abuse of purpose if not of personality,” according to the Associated Press. The judge decided Pinoncelli merely wanted to capitalize on the fame of the Duchamp and sentenced the artist to one month in prison and a small fine. Parisian police report Pinoncelli’s most recent attack was a work of performance art in honor of Dada artists. 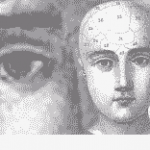 We know Mona Lisa’s grinnin’ but we still don’t...

Yet another artist’s fight against loneliness