The Simpsons head to the Middle Easttle

Although U.S. foreign policy is hotly contested, the Arab world apparently can’t get enough American pop culture. Our favorite FOX cartoon family, The Simpsons, was dubbed into Arabic by MBC TV Network, Inc., and aired daily during the month of Ramadan. Like the original, Al-Shamshoons features bumbling dad Omar and his mischievous son Badr. Names were not the only adjustments made to the show to better suit the Middle Eastern audience. Springfield residents also underwent a few lifestyle changes. In the Arab version of the show, Duff beer becomes soda, hot dogs are Egyptian beef sausages, doughnuts are replaced by the popular Arabic cookies known as kahk, and bacon, which is forbidden in Islam, never appears in the storyline or script. Omar does not frequent Moe’s Bar, but instead goes to the ahwa, or coffee shop, or to the club to hang with friends.

“In the Arab world, life does not revolve around bars,” MBC Director of Business Development Michel Costandi points out. “Sure, we have a night life, but alcohol is not really part of the daily scene in Egypt, Lebanon or anywhere else. So, we do not stress on what Homer is drinking. If he is drinking beer in the original, in ours, we let him drink something else, or even we don’t say what he is drinking.”

The MBC creative team promises to remain fairly faithful to the plot and will only make minor adaptations when content is deemed inappropriate for an Arab audience. Based upon the success of its first run, MBC execs have decided to work the dubbed show into the regular lineup 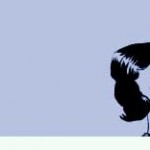 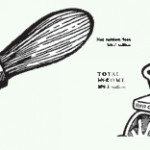 Where it all goes