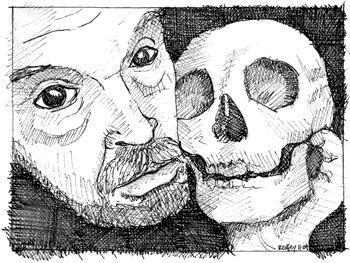 Story and Art by Robyn Coffey

A former Yale architecture student named Thomas Shine has brought a suit against David Childs, who designed the 1,776-foot Freedom Tower to be built in place of the World Trade Towers in New York City. Shine alleges that Childs stole his skyscraper idea in 1999 when Shine presented it to jury at Yale that included the Ground Zero architect.

Shine created his design for the Yale School of Architecture to celebrate the 2012 Olympic Games in New York. Its twisted, faceted fa­ade is meant to invoke the shape of the Statue of Liberty’s torch.
According to the lawsuit, Childs was quoted in a Yale publication saying, in reference to Shine’s design, “It is a very beautiful shape. You took the skin and developed it around the form„ great!” The lawsuit alleges that Childs violated the copyright laws that protected the “Olympic Tower.” The amount of damages Shine is seeking is undisclosed.

The Royal College of Art (RCA) in London is involved with two new schemes for both the discerning and the fledgling art collector. This month, the college will sell more than 2,000 works by past and present RCA students for £35 each (about $65), including pieces by David Hockney, Tracey Emin, and Damien Hirst.

Buyers pick out the piece they want and hand over the cash, and only then do they find out who the artist is. The catch is that, often, little-known artists have imitated the style of their more famous counterparts or the big names have created something out of their usual character. People walk away enormously disappointed or surprised and ecstatic. This is the eleventh year of the sale, which has raised £600,000 (about $1.1 million) for the RCA’s fine art scholarships.

The rector of the RCA, Sir Christopher Frayling, is also chairman of Arts Council England, which has developed a layaway program for more expensive pieces of art from British galleries. The scheme is called Own Art and is designed, according to Frayling, is to “provide a sustainable economy for artists, develop new audiences and make sure that the infrastructure of art, including commercial galleries, is helpful. Own Art fulfils all those aims. I can’t believe we have never done it before.”

The council, whose research shows that 26 percent of Britains would buy work by a living artist could they afford it, will provide interest-free loans of up to £2,000 (about $3,700) to buyers who can provide proof that their bank account could handle the price, who are over 18, and who can provide proof of identity and address. The loan is required to be paid back in ten monthly installments.

The Art Institute of Chicago normally shares $3 million of the revenue from state-sponsored horse racing tracks with other cultural institutions and parks. But this year, these Chicago attractions will lose a combined $1.1 million, due to the unpublicized sluicing from the off-track betting (OTB) fund by Governor Rod Blagojevich to help offset Illinois’ $2.3 billion budget gap.

The Illinois Racing Act was approved in 1987 as a way to improve tourism and commerce by establishing OTB parlors, licensed racetracks and riverboat gambling venues around the state. The fees and taxes involved with licensing go into a state fund and are disbursed to cities with OTB facilities. But a budget bill proposing to transfer much of the money into the Illinois’ general fund was rushed through the legislature last summer, a move that is now causing problems for institutions that rely upon it.

Jacqueline Atkins, executive director of Museums in the Park, told the Associated Press that the nine institutions„including the Museum of Science and Industry, the Field Museum, and the Shedd Aquarium„that will be affected by the cuts have already lost a quarter of their work force over the last two and half years and the loss of the state grants will cut deeply into the ranks of the 2,400 employees left.

The medium of photography is inextricably entwined with the devices and apparatus involved, from the original daguerreotypes to today’s high-tech multi-function digital cameras. Just as in any art form, photography inspires artists to use alternative and sometimes novelty means to achieve their aesthetic goal.

The Association of Photographers’ gallery in London has launched an exhibition in association with Nokia, The Times magazine, and Mencap, the UK’s leading charity for people with learning disabilities. Entitled Fonetography, the show is composed of pictures taken by leading artists, designers, and musicians on a Nokia phone, the company’s first one megapixel camera phone.

Designed to promote the revolution of everyday photography, Fonetography participants were asked simply to “capture the moment.” Images include a close-up of Tracey Emin’s chubby toes, Blur lead singer Damon Albarn’s toilet in use, and a picture by Sir Peter Blake, who created the renowned cover for the Beatles’ Sgt. Pepper’s Lonely Hearts Club Band album. His image is entitled “A parade for Saul Steinberg,” which appears to be toy cars and wild-haired troll dolls arranged in formation (Steinberg was a cartoonist for the New Yorker). Other photographs were taken by American installation artist Nan Goldin, Scottish painter Jack Vettriano, and British photographer David Bailey.

All proceeds from the exhibition go to benefit Mencap.

See thumbnails of the works at www.nokia.co.uk. 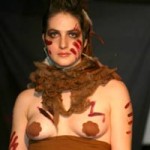