An interview with The Dirty Diamonds

It’s a Sunday evening and guitarist Dr. Rash and bassist Austin Henry of The Dirty Diamonds are shooting pool at their gallery/practice space off the Belmont blue line. Lead singer and SAIC student Joy E A Spika gives me a tour of the upstairs apartment, in which most of the band members live. The photographs, drawings, and sculptures that adorn both the gallery/practice space and their upstairs living space make it clear that the band members are all visual artists as well as musicians.

When I ask Dr. Rash, a photography major at SAIC, about future plans for the gallery space, he says, “I think some of us get frustrated with the ability to get exposure in the [Chicago art scene].” He sees their gallery space as an outlet to show people his work and the work of his friends, both in and outside of the SAIC community. “We’re going to have our first show with the work of the members in the band, but I’m hoping that we can start having other shows, you know, group shows with other artists or possible solo shows,” he says.

It’s been almost exactly a year since The Dirty Diamonds formed in Chicago. After seeing several different drummers come and go, The Diamonds eventually decided to forfeit a drummer and instead use electronics to create and control their own percussion sounds. Though the use of synthetic horns and organs gives The Diamonds a contemporary electronic vibe, their do-wop and soul influences remain strong in the music.

Joy, who’s been singing ever since she was a little girl in Minneapolis, admits she’s always wanted to have a do-wop band. She says of the birth of the band: “I think one night me and Austin magically collided, and then we just asked Rash [to be in the band] because he was sitting next to us.” Halley Erickson and Alistair Matthews, the two other vocalists in the band, joined shortly after.

The Dirty Diamonds’ sound is unique in that simply describing it as rock, pop, or hip-hop does not do it justice. It is an eclectic mix of all three, with Midwest roots and rhythms reminiscent of old-school jazz and blues. Not being able to pigeonhole their band within a certain scene or genre of music at first seemed restrictive towards booking shows, but The Diamonds have used their uniqueness to their advantage. They’ve played with indie bands, rappers, and DJ’s, and have embraced musicians from the hip-hop, house, and indie rock scene in Chicago. “We can almost play with anyone, especially because there aren’t many bands doing similar stuff,” says Dr. Rash, who represents the band by wearing a diamond-shaped necklace.

The band got their start at a bi-monthly hip-hop open mic night at Quennect 4 at 2716 North Avenue, and since then, they’ve played consistently throughout Chicago. Recently, they’ve been in talks with Curt from Flosstradamus about hosting a monthly oldies dance party at Burlington in Logan Square. Though they’ve mainly played bar shows to a college age and older crowd, Austin says he hopes to eventually play more informal shows at parties and other events where people of all ages can attend. Austin explains that the reason there are so many bar shows “isn’t the club’s fault; it’s just that the state cracks down more and more on underage drinking and promotion. It’s getting harder and harder to book a small show in Chicago.”

The band regretfully jokes that live music will soon be something young Chicagoans have to sneak around with. “It’ll be like going to speak-easies,” says Joy.

Though the Dirty Diamonds are proud to be a Chicago-born band, they sometimes feel as if Chicago is missing an exciting music scene. “There are three art schools in The Loop,” says Austin, a student at Illinois Institute of Art. “SAIC is like a huge deal. There could bee an exciting music scene, you know, cultivated from [these schools] and there are students from everywhere [with different musical backgrounds and interests.] It could be so exciting, it’s just not.”

“I feel like SAIC really needs to get up and start recognizing music and musicians within the program,” adds Dr. Rash, and Joy agrees that she’s met numerous band members and musicians at SAIC. Austin and Joy recall that the Sex Pistols’ first show was at Central Saint Martins School of Art in London and the Talking Heads first formed out of Rhode Island School of Design.

“It’s funny to think about how in the late seventies, art schools were like a legit place to find new music. And I don’t think those schools had music departments either,” says Austin.

“I think our school has become extremely lethargic and really concerned with money, which is understandable because [our country] is in the biggest deficit of our lives right now,” says Joy. Though the band longs for the day when art schools were the center of hip musical happenings, they jokingly remind themselves: “out of desperation comes beautiful things!”

Currently, The Dirty Diamonds are working on self-releasing their 5-song EP, Meet the Dirty Diamonds, due out in July. They plan to sell copies at shows, but also make the album available as a free download online. “Our whole album ended up being a theme album,” says Joy, who doesn’t mind having the band’s sound referred to as “cute.” The Dirty Diamonds eventually hope to travel and play shows overseas, but for now, they have their hands full with playing, hosting, and promoting the Chicago music scene as well as opening their own gallery and providing exhibition opportunities for the Chicago art community.

For a list of upcoming events, check out www.myspace.com/pumpthedirtydiamonds 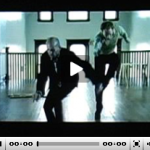 What did you hear? – video