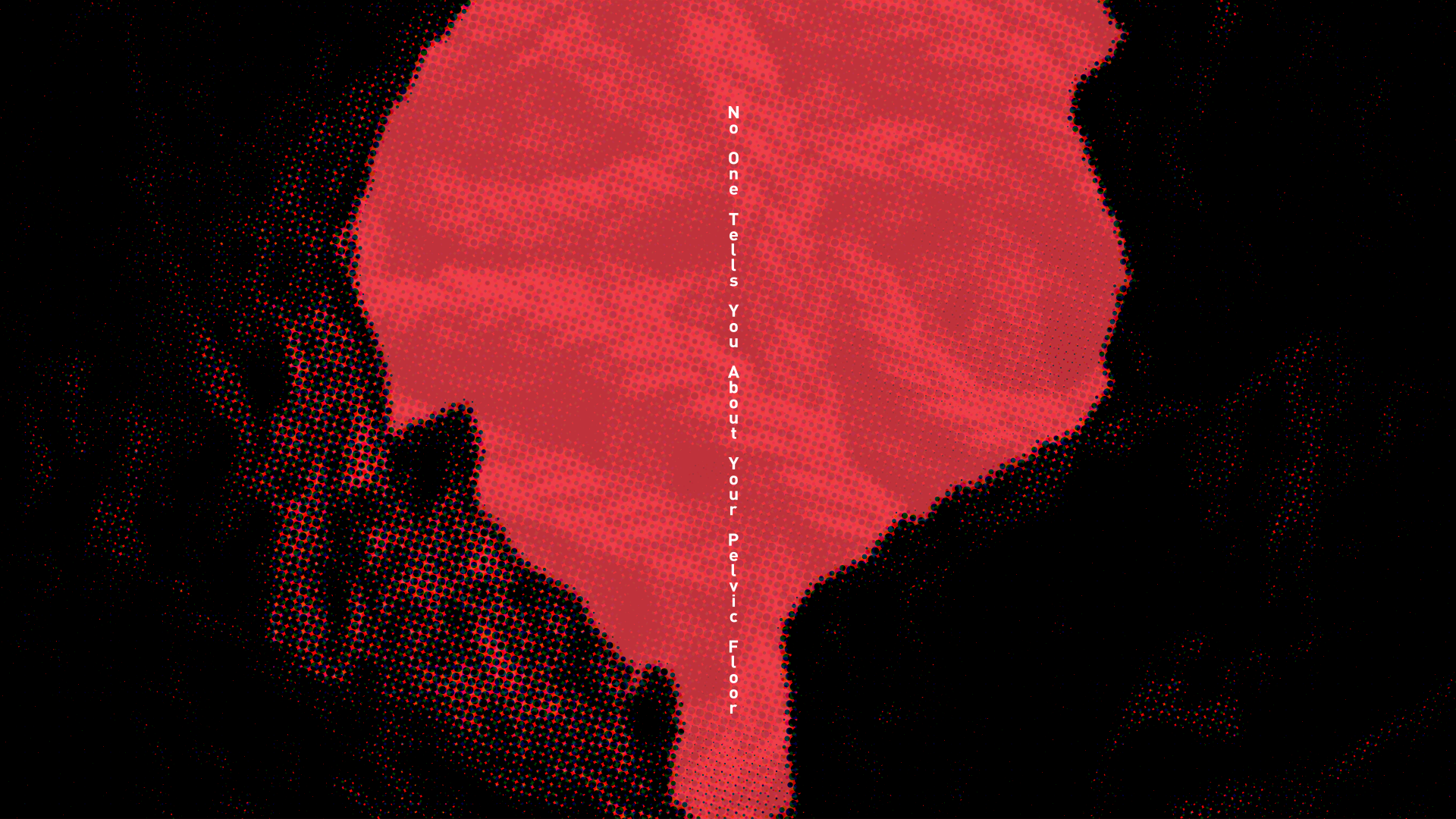 “It’s not your hymen; the vagina is open. Okay, inserting the speculum. Breathe. Speculum is in. Hmm … no abnormalities. I know, I know it hurts, but I need to figure out what’s wrong. There, does this hurt?”

“Yes,” I croaked, vision beginning to spot, “Right there.”

My gynecologist pulled her finger out quickly, watching as I became a sheet-white ghost. Quickly, I tried to sit up to prove I was fine. Almost instantly, my vision went completely black. The next thing I knew, my gyno had caught me. She lowered me down, as if I were nothing more than movie trope.

“You have vaginismus. It’s a disorder of the pelvic floor muscles, causing them to constantly clench. We most commonly see it in sexual assault victims like yourself. You’re one of the most severe cases I have ever seen. We have patients go through what we call pelvic floor physical therapy. We offer it with an all-women staff.” I began to choke up a sob. “I’ll put in the order today. We’re very booked, but I’ll try to get you in sooner due to the severity.”

How could this possibly be? It was as if the repressed nightmare from five years ago had stolen my physical body away from me. I was in shock and, for the first time since the assault, I began to finally broach the topic with people. When my friend texted to ask about the gyno visit, I replied, “My vagina needs therapy!” The next thing I knew, staring at an ad for deliverable Viagra on the subway, I finally confessed to the underlying trauma.

One by one, I began to disclose to only my closest peers what had happened and my diagnosis. While everyone was supportive, I can still hear my mother sobbing, “Who? How? I should have known. I’m sorry.” I never told my father knowing he would have torn up the country roads, hunting like a bloodhound.

My insurance had not been accepted for physical therapy by Northwestern. In a fury, I had called all around Chicago trying to find a physical therapist who both accepted my insurance and offered the treatment. Some of the places didn’t even know what it was. Many of the referrals given were dead ends until, finally, I rang Athletico Gold Coast. “Do you accept Cigna PPO?” “We do!” “Do you offer pelvic floor physical therapy?” “We do! Actually, our manager does it herself personally.” Even with my hectic schedule and the staggering amount of patients, they managed to fit me in within a matter of weeks.

When I met my therapist, I was pleasantly surprised. She asked about my symptoms, who had referred me, and what had happened. She made sure I had processed the trauma enough to move forward with therapy. We set goals: to be able to use a tampon, to have penetrative sex, to get an IUD, and, most importantly, to get to the point where I could do the former two without pain.

My first physical therapy session was excruciating. My therapist would ask me my pain level on a scale from 1 to 10. Despite my insistence that it was only a six or seven, she would probe no further than a half a knuckle because she knew I would faint on her table. Just like my gyno, I was one of the most severe cases my physical therapist had ever seen. 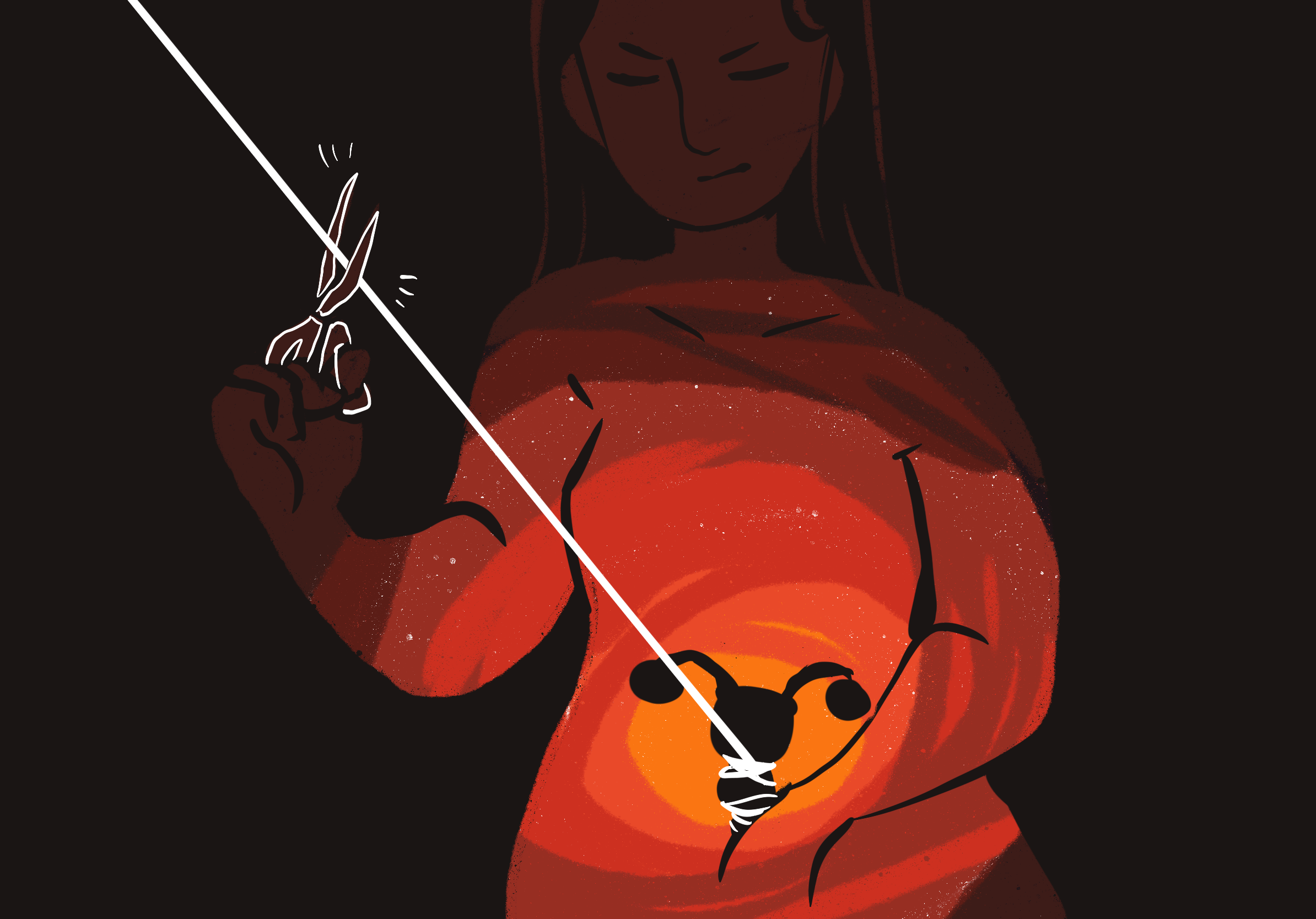 Physical therapy became my escape every week. We would work on both internal stretching, where she would work on relaxing the muscles, which had spent nearly five years pulling as tight as they could. We would work out kinks, knots, and general tightness. We would do external stretches as well and, when I had a mysterious pain and my doctor wouldn’t take me seriously, my therapist would stretch my hip muscles around the area. She taught me belly breaths to activate my diaphragm to calm me. This, by far, was one of my hardest lessons, as it took me over a week to learn.

I learned the most important lesson, rather quickly. Within the third or fourth session, she gave me instructions on how to relax. Relaxing was both a mental and physical process. I would breathe deeply, center myself, and try not to tighten any muscles below my stomach. Most of my relief came from this technique. I picked this up much faster than most. Preparing for an ultrasound, I asked for tips. She described what I unconsciously had learned: “You need someone to go slow and walk you through it. You need consent, which is what you didn’t have.”

Through multiple sessions, I truly began to understand what vaginismus was. Vaginismus was the clenching of the vaginal muscles but so much more. There are three layers of pelvic floor muscles. These layers, each with their own levels of tensions, can be accessed within the vagina for internal stretching. I could barely have my first layer stretched to begin with.

Vaginismus can be as minor as some discomfort with tampons or sex to being as severe as I was. It isn’t just caused by sexual assault, though many survivors face it afterwards. It can be caused by endometriosis, fear of penetration, chemotherapy, menopause, trauma like a tailbone injury (something I experienced as well), or sometimes, it just happens. In fact, I remember having some tightness before the assault or even my tailbone injury.

Other complications are associated with it as well, especially the longer it remains an issue. Urination tends to be a problem as the muscles controlling the bladder are the pelvic floor muscles. I laughed at this initial question. “Well, funny thing, I have this quirk where it becomes so painful to hold my urine that I pass out if I hold it too long.”

Many people who have a pelvic floor disorder often have problems with bowel movements. Specifically, and in my case, constipation. I nearly jumped out of my chair when she asked me, “You’re constipated, aren’t you?” I had IBS but had no idea that my pelvic floor disorder had made going to the bathroom impossible. Her suggestion? One teaspoon of psyllium husk with water increased every week or two as needed with breaks.

I had homework, as well. In the beginning, with generous amounts of lube, I had to use just my finger to make an asterisk shape. I would pop on my favorite podcast to relax. Sometimes it would be only for a few minutes but everything counts.  I started to make such rapid progress in homework that, instead of upgrading to dilators, I was able to upgrade straight to the “V Wand” sold by Therawand. Basically, it looks like a sex toy but it is actually a carefully designed wand created to reach problematic and tight areas for the patient.

I started talking to people and letting them know about vaginismus. I started finding people I never thought who had it. I didn’t feel so alone. I told people who didn’t know. People who had never heard of vaginismus began to align their symptoms with mine. I gave them the test, touching their pelvic floor walls to see if generated the most pain, and a recommendation of lube, wand, finding a gyno, and the best physical therapist I had seen. Penetration, by far, is overrated, but if I could tell one more person something that could help reduce their pain, I would leap for it.

Eventually, near the end of my therapy, I began to reach my goals. I used a tampon for the first time. The first period I tried was a rather painful disaster. Finally after being diagnosed menorrhagia, I could use a tampon. While more a description than anything, I had been having periods so heavy I would bleed through pads within an hour and had at one point lost a clot the size of my hand. One day I went through three pairs of pants while doing an interview. Being able to use a tampon changed everything.

I had penetrational sex for the first time. I never thought, after everything that had happened, my body would be capable of it.  Finally, the day of truth came and I got my IUD. My doctors had believed it wouldn’t be possible and yet I did, “better than 90% of their patients.”

I went back to therapy after the IUD to check up. I had no pain upon stretching despite the heavy cramps. Therefore, it was decided this would be my last session. I picked up an Athletico shirt and hugged my therapist goodbye.

I had my body back.

F+, Reproductive Issue Vaginismus: How I Reclaimed My Body

Kaitlin Weed (BFAW 2020) is the engagement editor at F Newsmagazine. They probably stole your horse while you were reading this.
« Previous Story

One Response to Vaginismus: How I Reclaimed My Body