A reproductive rights activist holds up a sign that reads, “Real men trust women to control their own bodies.” Condoning a concept of “real men” is problematic and risky but this protestor’s sign alludes to something bigger. Though cis women are not the only individuals affected by the recent push to ban abortion, the decision should be the pregnant person’s and no one else’s. Other organizations who were present included Chicago Volunteer Doulas, National Asian Pacific American Women’s Forum, and Lifted Voices. 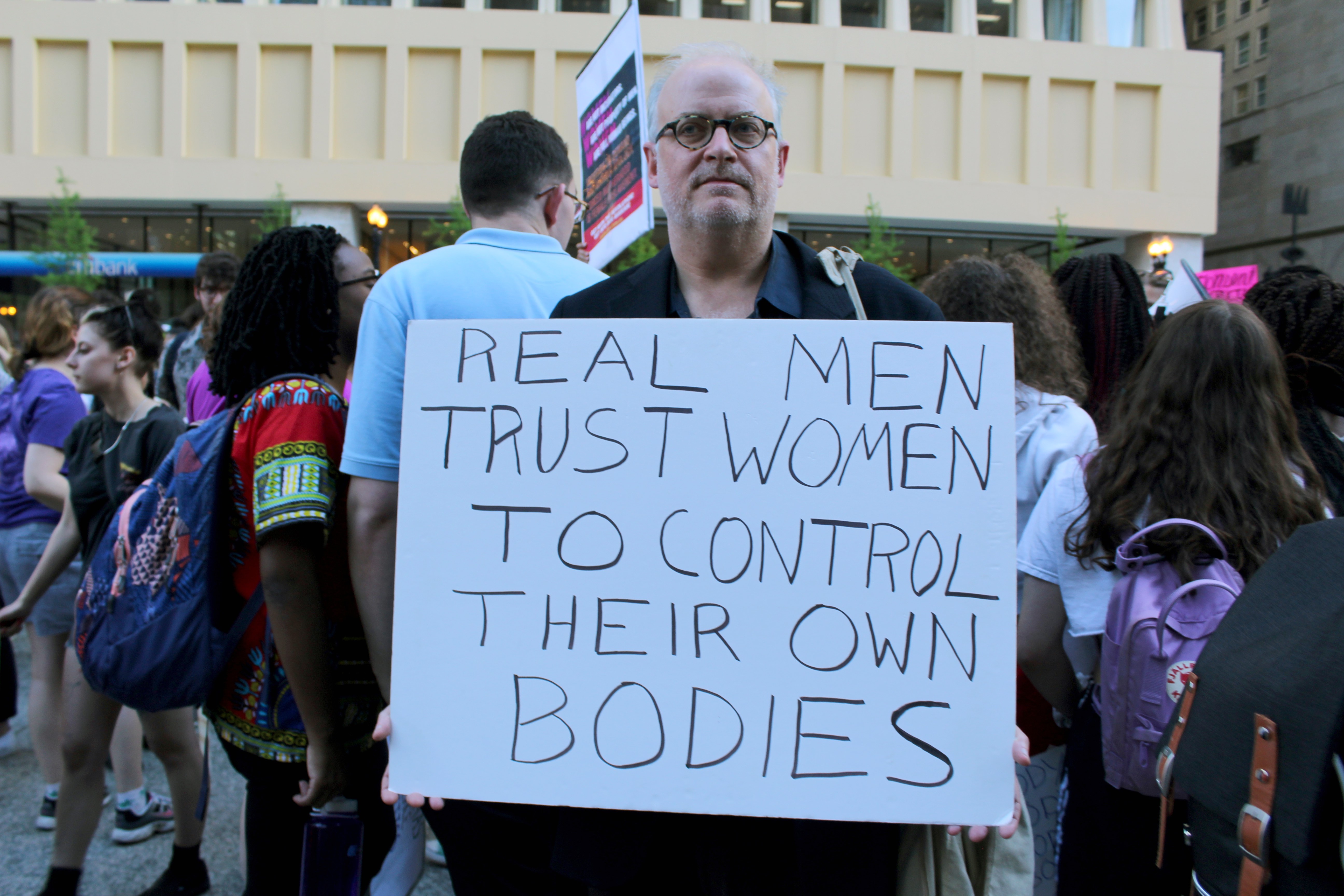