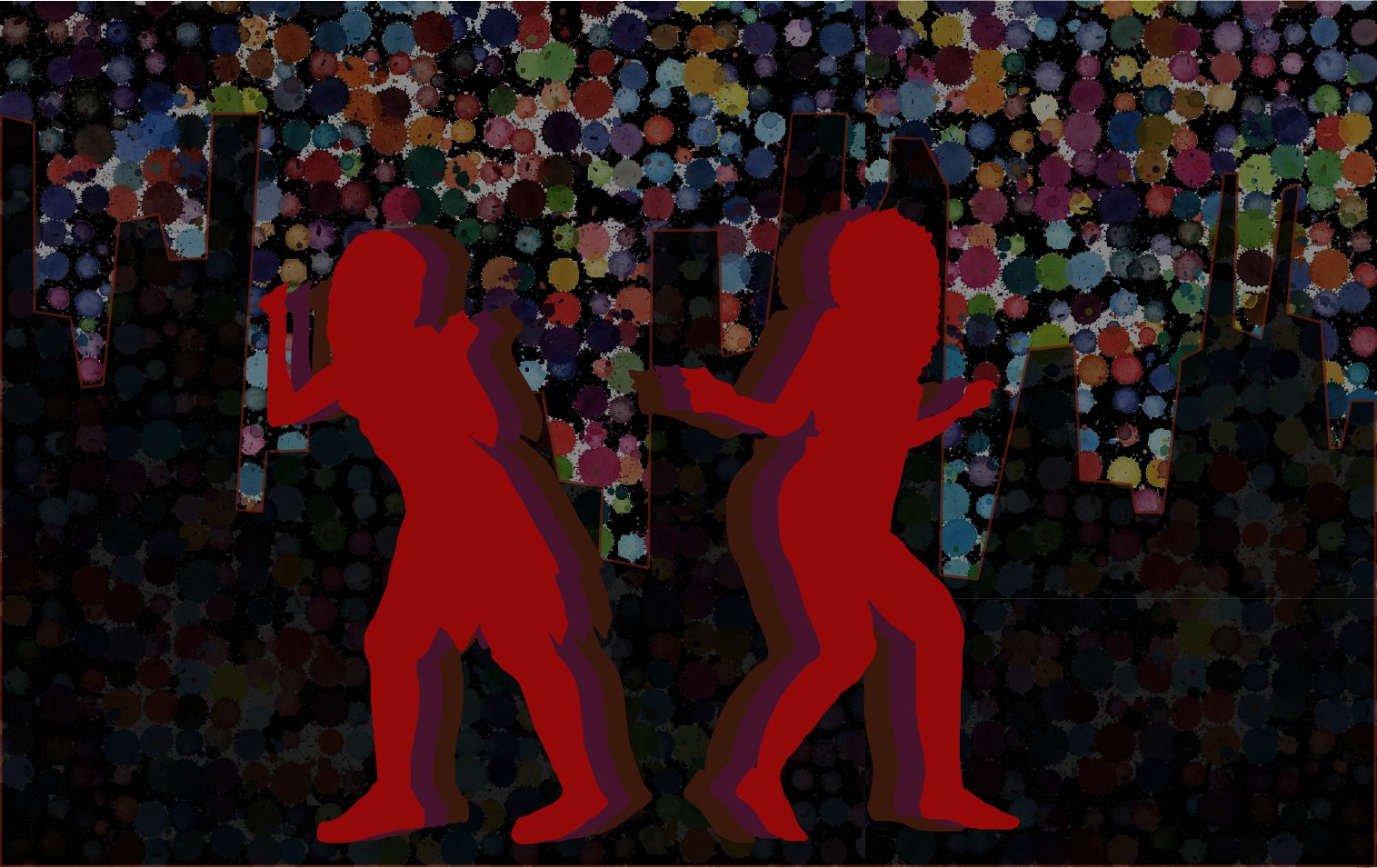 In English, “Baby, life is a cycle / and what doesn’t work for me I won’t recycle”. It’s not as catchy, but you can’t argue that wiser words have ever been spoken. You would hardly think that such enlightenment would appear in a reggaetón song, but this just goes to show how underrated the genre usually is.

The iconic line is actually sung by Bad Bunny in the remixed version of “Te Boté”, featuring famed reggaetoneros like Ozuna and Nicky Jam. The 1 billion music video views alone are a testament to the hype surrounding the song. And this is no oddity in the contemporary music world — you’ve probably noticed reggaetón songs scattered around Billboard’s Top 10 consistently in the last few years, and especially since the Despacito Phenomenon.

In Part 1 of this piece, I dealt with the recent crossovers between Western and Latin American music. Part 2 focuses solely on reggaetón and the artists currently dominating the genre. This is me doing my part to prevent the attention falling on big-name U.S. artists that collaborate with reggaetoneros, rather than on the reggaetoneros themselves. Consider this an opportunity to freshen up your Spotify playlist, get hyped on some crazy catchy tunes, or even write an analytical research paper on the genre and its implications in the music industry. Basically, go crazy with this information.

This 24-year-old has been dominating the Latin American musical scene for the last few years and shows no signs of stopping. You might remember him from his live performance of “Felices los 4” at the 2018 VMAs. Hailing from Colombia and already on the European stretch of his world tour, the artist’s success is no doubt influenced by quality vocals, though his charisma and good looks certainly help. I hope I’m not overestimating his popularity when I claim that you’ve probably heard his hit singles “Corazón”, “Él Préstamo” or “Mala Mía”. If you haven’t, you know what to do.

Maluma has an almost unique ability to switch between your typical lusty reggaetón and more emotional, soul-searching love ballads. Whether these songs relate genuine sentiments is debatable and, in my opinion, irrelevant. I’m not going to stop shamelessly singing “Marinero” in the shower just because Maluma may or may not actually have “pain in [his] soul”. Let’s just say, it’s no wonder that the “pretty boy, dirty boy” (his alias, if you will) is the protagonist in many a Latina’s romantic fantasies, myself included.

A quick note on his impeccably eccentric, art-hoe-meets-millionaire fashion sense: it’s very hard to ooze masculinity and sex appeal in a metallic gold and satin Dolce & Gabbana suit, but he somehow pulls it off. So that’s an added bonus, I guess?

If you’re in any way acquainted with contemporary music, then you know J Balvin. It’s practically impossible to get a hit Latin-inspired song today without seeing his name listed under ‘artist’, either as lead or featured. He’s like the Bruno Mars of Latin American music. And it doesn’t hurt that like Maluma, this young Colombian delivers great vocals and oozes indescribably cool vibes.

Mismatched earrings? Check. Permanent buzz cut? Check. Dozens of multicolor bedazzled sunglasses? Check. An ability to look warm and huggable, hot and sexy at the same time? Check. J Balvin is the nice guy in the reggaetón world, who puts down his successes to the grace of God (like a good Colombian Catholic), tells kids to stay off drugs and stay in school, and advocates for charities and relief groups. Then he dedicates an entire song to oral sex in “Downtown” with Annitta, and you’re left wondering where that wholesome boy went.

You definitely know of his most successful collaborations, like “Mi Gente” with Beyoncé or “I Like It” with Cardi B and Bad Bunny, but hopefully you’ll also recognize his reggaetón hits “X” (with Nicky Jam), “No Es Justo” (with Zion & Lennox) and “Ginza”. These last three are hands down some of the most popular reggaetón songs out there, and incredibly catchy too.

The artist who blessed us with the opening line to this article, Bad Bunny is a relatively new face in Latin American music but has already achieved fame rivaling that of the previously mentioned artists. The Puerto Rican is perhaps better known as the spearhead of the ‘trap’ genre — think a mix between reggaetón and rap.

Although not yet as internationally recognized for his singles as for his collaborations on chart-topping songs, I include him here because he runs in the same circles as these reggaetoneros and is quickly on his way to receiving the same level of attention. Not to mention, his affinity for nail polish, dangly earrings, and anything pink brings some much needed androgyneity to the heteromasculine genre.

The Bunny’s hit singles in Latin America include “Estamos Bien”, “Amorfoda” and “Soy Peor”—all loaded with a unique sound and expertly written lyrics. He’s also produced chart toppers with other reggaetoneros. 2017’s “Sensualidad”, with J Balvin and Prince Royce, was his first inclusion in a Billboard’s Top 10 list, and he featured on Becky G’s “Mayores” which, over a year later, is still being played everywhere in Latin America. And I have to mention “MIA”, his most recent release featuring Drake. That song will get you singing along in Spanish even if you don’t speak the language (and hey, if Drake does it, so can you).

Keep in mind that these are only three reggaetoneros, and relatively new ones, within a genre that has existed for decades. There are many more equally talented reggaetoneros with equal fame in Latin America, who perhaps have not yet been given equal opportunity to establish their name internationally. Ozuna and Nicky Jam are similar to Bad Bunny in that so far they are primarily recognized only for their collaborations with hit artists in the U.S., while comparatively famous in Latin America.

It’s true that reggaetón still has a long way to go to break free of its heterosexist and machismo conventions. Some of these reggaetoneros are more progressive than others, and we can only hope they will all eventually realize they are not bound by the genre’s problematic norms. But, as the genre currently stands, you’ll still get the occasional song with overtly sexist, male-centered lyrics and sexually explicit language referring to women’s bodies. References to sexual acts are all too common, as is the treatment of women as mere objects of desire.

The same can be said of the music videos. Time and time again we witness oversexualized women used as props for these reggaetonero’s macho persona – just look at Bad Bunny’s “Chambea” or Maluma’s “Mala Mía”, both brimming with dozens of lingerie-clad girls grinding against the singers.

This is an unfortunate consequence of the male-dominated state of reggaetón. It is not lost on me that all the singers I listed are men. This is simply because male reggaetoneros are the only ones establishing a stable and successful career internationally. But, there are also quite a few female ‘reggaetoneras’ (in quotes because it’s not technically a real term yet) vying to establish a place among their male counterparts.

Mexican-American Becky G is the most famous. She established her fame in U.S. pop and only recently moved on to reggaetón, immediately topping charts with the aforementioned “Mayores”, with Bad Bunny. This year, she collaborated with Dominican Natti Natasha on “Sin Pijama”, an instant success. “Mi Mala”, my personal favorite, was a collaboration between Becky G and Colombian reggaetonera Karol G, who also released the very popular “Mi Cama” with J Balvin earlier this year. These three women are releasing hit after hit after hit. And, while a few months ago it seemed like they were only appearing as featured artists in male reggaetoneros’ singles, they are now asserting themselves as protagonists of their own trending songs.

These reggaetoneras are not only bringing much-needed inclusivity to the genre, but also challenging the notion that the objectification of women is necessary to make “authentic” reggaetón. Although their songs are still generally about sex, we finally see a reciprocity in which women are singing about their own sexual desires (usually directed at men) and owning their sexuality. To give you a sense of these songs’ lurid content, in “Mayores” Becky G sings about liking older men that are “bigger, that won’t fit in my mouth”. At least she’s honest.

On that note, I need to emphasize that while the music industry generally idolizes artists that sing about truly emotional and sensitive experiences, others should be equally validated in singing about sex. It is no secret that reggaettón has long been a sexually explicit genre, earning a reputation as misogynistic and sexist. But to condemn the subject matter of ‘sex’ alone is illogical, and merits reevaluation. The real issue is reggaetoneros sometimes using sex as a way to degrade women, and some reggaetoneras reducing themselves to sexual objects to appeal to a heterosexist genre. And while both of these cases certainly continue today, they don’t happen as frequently as we are led to believe.

In all honesty, people don’t listen to reggaetón because they want authenticity and realness. They listen to it because it’s fun. That’s not to say that we should tolerate the genre’s inherent heterosexism, but that until progressivity and equality are implemented across the entirety of reggaetón (and all musical genres, for that matter), we shouldn’t punish the artists giving reggaetón its much deserved international acclaim. Nor should we assume that they alone are at fault. After all, it’s the consumer public that tends to favor these problematic songs over others within the same genre.

The fact is, like all other music, reggaetón is an art form in its own right. This is an important contention that is only now being realized, with the elevation of reggaetón to the same distinction as other musical genres globally. Whether or not you enjoy the music, you can’t deny that you low-key wish you could dance, sing, and look like reggaetoneros and reggaetoneras. These people are the epitome of self-confidence and kick-ass vibes. If you can’t beat ‘em, join them (that is, join me and the millions of other reggaetón groupies). Consider this article your initiation.

One Response to Reggaetón: Good Music and World Domination, Pt. 2