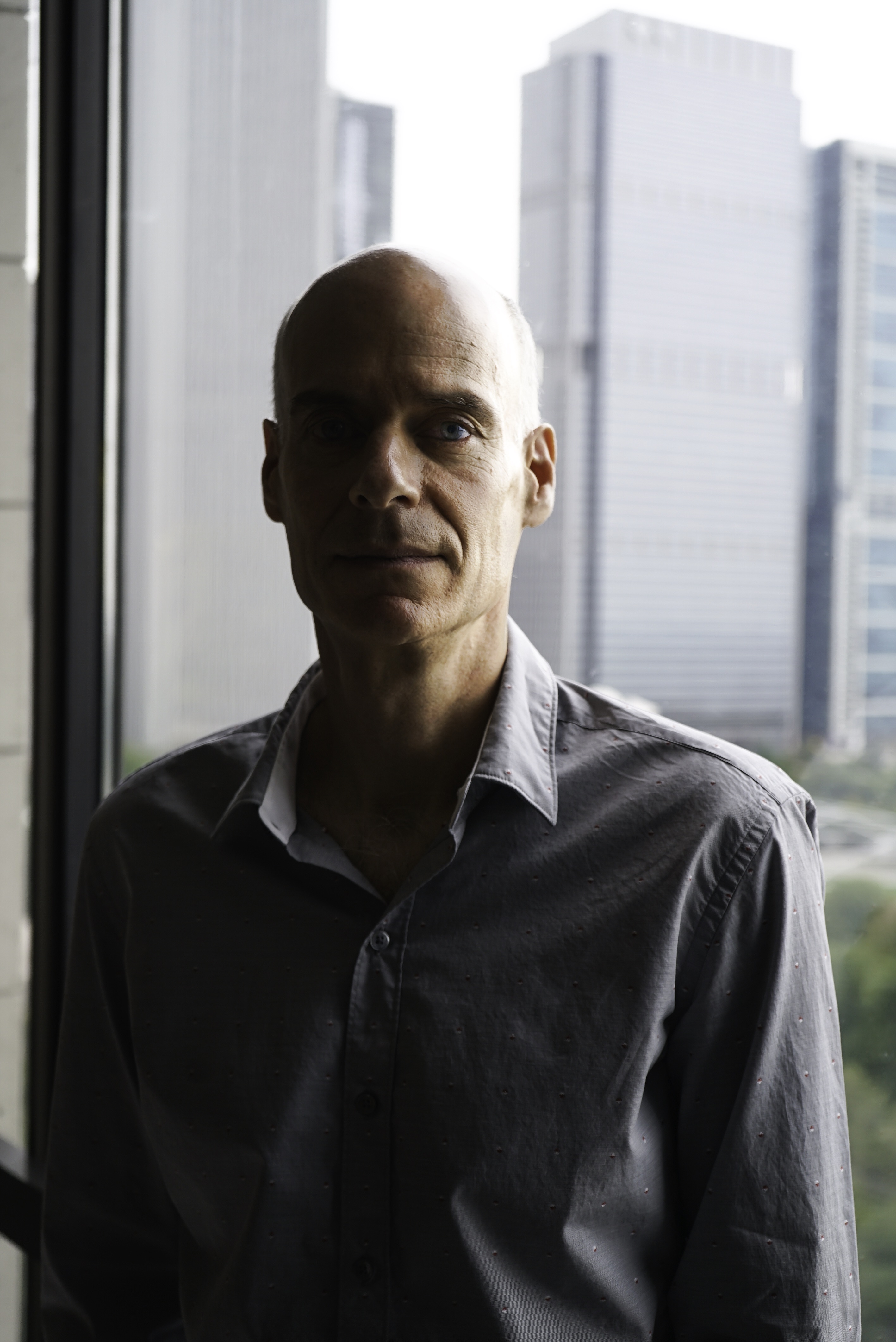 Martin Berger, new Dean of Faculty, on the 14th Floor of the MacLean Building | Photography by Luca Donaldson.

Students and faculty were first introduced to Martin Berger, the School of the Art Institute of Chicago’s (SAIC) new Dean of Faculty, at a panel he hosted in February. I wondered then whether Berger’s background at a large public university would fit a small private art school. After meeting with Berger in his new office, days after his start at the school, his direct approach to addressing student and faculty concerns was refreshing and it became apparent that his creativity is not compromised by his practicality.

Hired by SAIC following the resignation of Lisa Wainwright as Dean of Faculty, Berger took on the role on August 1. A former Associate Vice Provost for Academic Affairs and Professor of History of Art and Visual Culture at the University of California Santa Cruz, Berger is wholly new to SAIC — a far cry from Wainwright’s 21 years at the school. “A lot of the staff, and a lot of the administrators, are people who’ve come up through the ranks and have been here a long time,” remarked Berger. “That’s a huge plus because they understand the institution, but there’s also something good that comes from bringing in people from the outside. They were looking for somebody to come with that fresh set of eyes.”

Reconciling his practice with his role

Author of a number of books and academic papers, Berger focuses on the construct of whiteness in 19th- and 20th-century art. What he has learned from his research appears intrinsic to his goals as an administrator.

F Newsmagazine: How do you plan to bring your body of work on race and gender to your new role?

Martin Berger: I want to ensure that everything we’re doing is as equitable as possible and that we don’t have invisible biases creeping into our process. Whether it’s paying faculty to make sure we don’t have gender or racial bias that gives people who are white, male, or straight higher salaries; protecting students so they’re free to get the education they’re paying for and certainly deserve; or whether it’s just in diversifying our faculty.

F: You write in one paper about a single artwork or entity as not exempt from its era’s politics. How would you apply that same thinking to an institution like SAIC?

MB: This place isn’t about race, but a certain white value system has a lot to do with the 19th-century School of the Art Institute that was founded. There are ways in which some of that lingers. I think some of our efforts need to counteract the way in which the institution has built itself over a long period of time. I don’t at all want to suggest that this place is more racist or less than any other institution, but every institution in America is fashioned by certain cultural values.

Conversations about part-time faculty treatment at universities have been abundant as of late. Citing low pay and lack of job security and benefits, part-time faculty members at institutions across the country have been holding strikes and making efforts to unionize.

F: Are there any plans to improve part-time faculty life at SAIC?

F: What about faculty unions?

MB: From time to time at any institution that doesn’t have unions, there will be conversations about whether it’s in part-timers’ best interests. Ultimately, that’s something the part-timers will decide.

F: Is there a plan to address or improve the current policy on student-faculty relationships?

MB: I certainly would be open to looking at it. I think the policy we have now is a good one but there might be ways in which it can be tweaked to provide greater protections to students.

At an art school you form close working relationships with faculty in ways that don’t happen when you’re taking a large class. The majority of our students are adults in a technical sense, but a faculty member, even one who’s not supervising a student, has so much more institutional power than the students that a disparity still exists. I’m committed to ensuring we have an open school where we can form strong relationships between faculty and students, but also one that’s safe and protects students’ rights.

The Dean of Faculty is a more far-removed administrator from the minds of students than, say, the Dean of Students. But Berger has repeatedly emphasized his desire to work in two major student-centric areas, both seemingly outside the realm of a Dean of Faculty: debt and workplace-readiness.

F: I appreciated that you spoke a lot about preparing students for the workplace in your faculty panel in February. Could you speak a little bit more to that?

MB: Traditionally a lot of schools have the attitude to provide students with a good education, however that’s defined, but increasingly — because we’ve had a rough patch in the job market after 2008 — they are waking up to the fact that our responsibility to students is broader than that. Absolutely we have to give them the skills to succeed in the area they came to study in. But we have to make sure they have transferable skills, and I think it’s an important part of the school’s mission to produce students and graduates who are good citizens too, for which they need critical thinking skills. It’s a more expansive notion of what an education should be about.

F: How do you plan to do that?

MB: I think we need to pay attention to liberal studies. I also think we should be talking to students about what they’re going to do after school much earlier than we currently do.

F: Do you have any plans to address student debt?

MB: There won’t be a single way of solving that problem; it’d be a lot of little steps we take. It might be freezing tuition or finding efficiencies in the school; it might be improving fundraising so we have more money to dedicate to financial aid or reducing the credit hours required for an undergraduate degree. It’ll be a basket of things we do, rather than just one thing.

Berger hasn’t seen the start of a semester at SAIC yet. When asked whether he’ll teach while he’s here, Berger expressed interest: “My ideal is to regularly teach a freshman introductory course because I’d like to have contact with first-year students as they’re coming in.” This desire to work with new students, and the care with which he proclaimed it, embodies the genuine interest in working for the good of the school I sensed from Berger. Let’s hope it morphs into action over the coming months.

This interview has been edited and condensed for clarity.