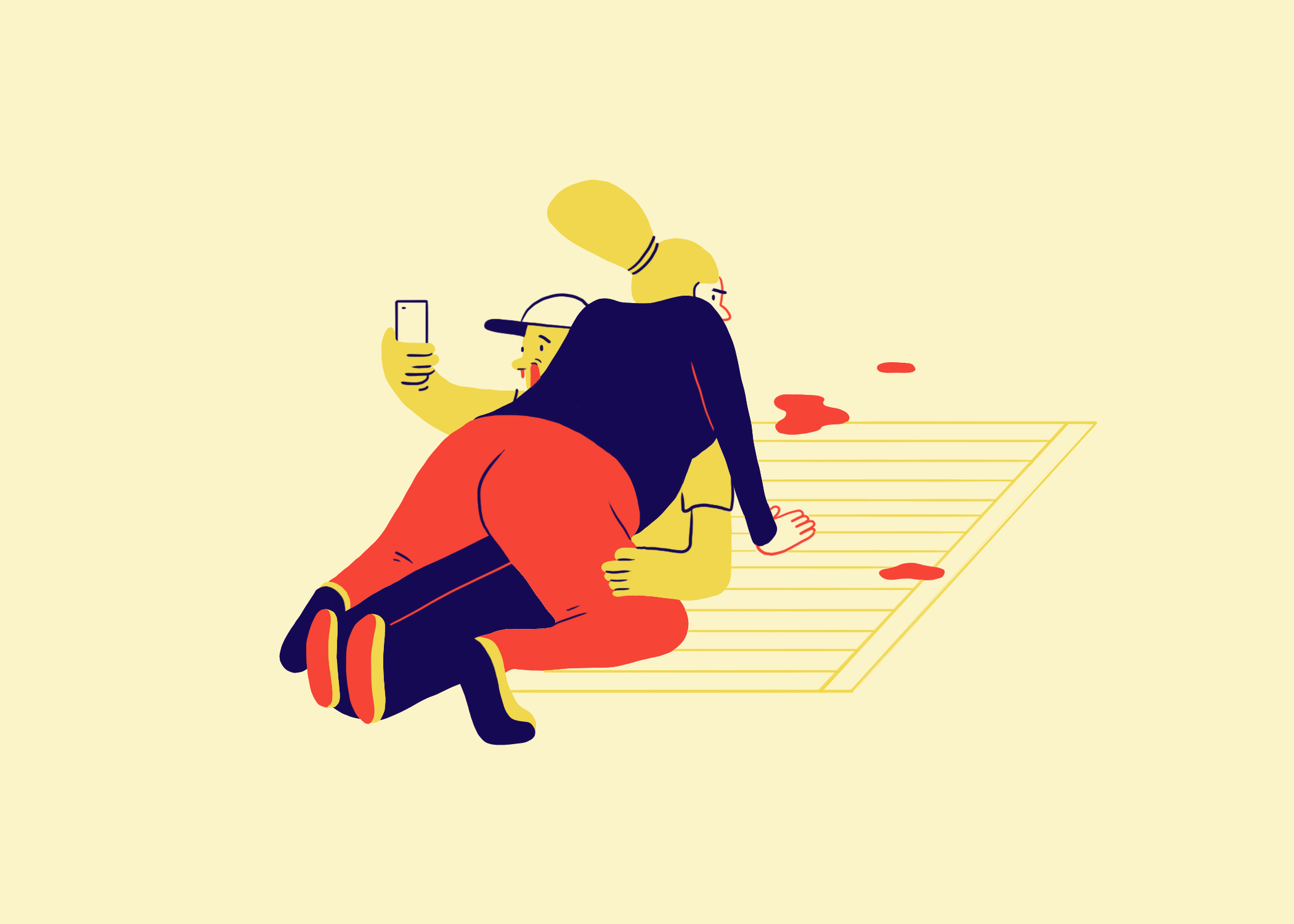 Over the summer, I met this guy named Chad on Tinder.

His profile was really cute, very witty and playful. We talked consistently over a few days. He seemed intelligent and knew a lot about music, film, and literature. I wanted to know more about him, and honestly, I hadn’t been intimate with someone in a long time. So I asked him out.

We went to dinner at a relatively nice restaurant; it wasn’t five-star or anything, but it definitely wasn’t casual. I got to the restaurant around 7 p.m. and got us a table, and about 20 minutes later, in walks Chad. He was even more attractive in person … except that he was wearing gym shorts and a hoodie, which did not fit within the context of this fancy restaurant. But I have to say, I actually thought it was kind of cute.

Then I got up to hug him — and he had a pungent stench of body odor. When I touched his back, it was soaked.

“Sorry I’m late,” Chad said. “I was playing Legend of Zelda on my Wii.”

I could not fathom why he was so sweaty. I tried not to judge him, though. After all, we’d been having really good conversation the past few days — and he was really handsome. We sat down and looker over the menu. When our waitress came up to take our order, he ordered for me and asked me to pick out something for him. It was strange and on the spot, but I guess it was a fun way to mix things up.

I was excited to get talking the way we had on Tinder, so I kept trying to ask him questions, but he loved to talk for minutes straight with no pause for interjection. Which is fine I guess, he just would say the most obscure things. For instance he was originally telling me that he is really interested in improv, but it didn’t stop there. He made up an entire story on the spot to “show me his improv skills.”

It wasn’t that I didn’t like hearing him talk. It was that our conversation revolved entirely around him. I could tell that he was uninterested in getting to know more about me, so I just started saying things about myself. He kinda listened. But in the middle of me talking, he got up and left the restaurant. I was so confused. He came back a few minutes later, and said nothing. We continued speaking, but he left two more times before our food came. When he returned the third time, I asked him what he was doing.

My jaw dropped. He was playing Pokémon Go in the middle of our date? This was the point that I realized there would not be another date. We ate our food. I actually enjoyed what he had ordered for me and, despite his strangeness, our conversation got better. I was genuinely interested in everything being said, and he was receptive to what I had to say.

After we ate, he payed the bill, which was sweet. I left the tip. We walked out, and to my surprise, he said he’d had plans for us after dinner. I was excited that he put that kind of effort into the date. We walked to his car, an orange Scion. When I opened the passenger side door, an avalanche of trash crashed onto the ground. I scooped up the pile of Gatorade bottles and candy wrappers and walked them to the trash can across the parking lot.

“Hey while you’re at it, do you want to clean out the back seat too?” he asked.

As we drove down the road, I tried to think of his messiness as cute, but I felt like I needed a shower riding in that car.

“Where are we going?” I asked.

I was actually into this mysteriousness; I thought it was kinda hot. (Besides, it helped get my mind off of the pizza stench in his car.) We arrived at a park, Chad pulled out a picnic blanket, and set us up under a huge tree. He’d brought some wine. While we drank it, we listened to music and talked. He had really good taste. In that moment, I forgot about how horrible the date was and had my mind set on one thing.

We were in that awkward situation where we were really close to one another and I was ready to get going — if you know what I mean — but he kept talking and talking about some video game. So I took the initiative: I climbed on top of him and we started making out.

He was a good kisser and we kissed for a long time. Then, of a sudden, he pulled away and I could see that his nose was bleeding. He looked at my face, horrified.

“Sorry, this happens sometimes when I get an erection,” he said.

There was blood all over my face.

I tried not to freak out, tried to play it off as cool. Because the thing is, I was committed to having sex with Chad. It had been a long time — and I had endured so much! So there, in that park, I let him nose-bleed all over me. It ended up being great sex, actually — but there was never a second date.

One Response to Swipe Left: A Truly Terrible Tale of Tinder