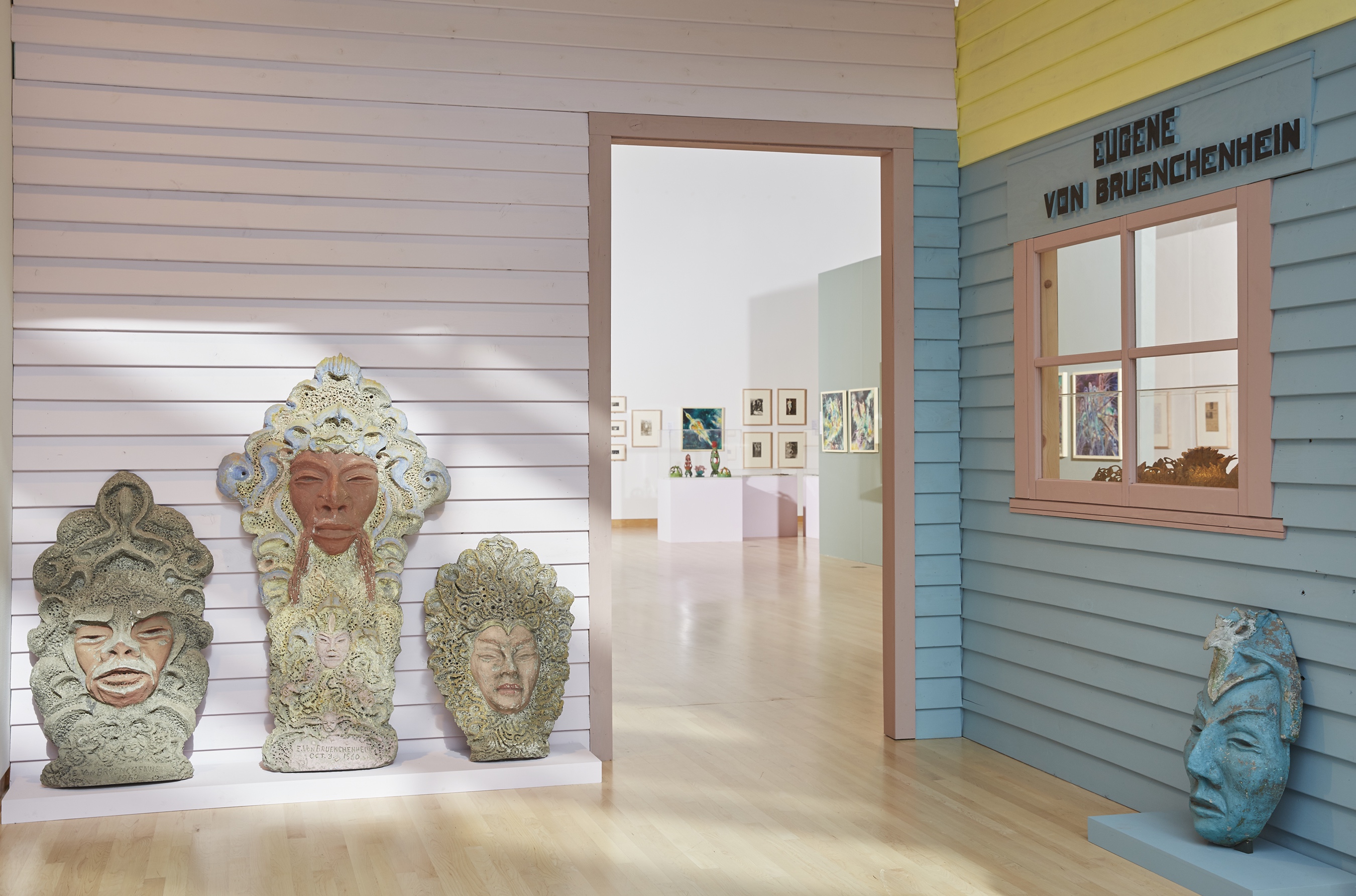 From Ray Yoshida to Roger Brown, Chicago has a deep history of supporting the work of self-taught artists. It may come as no surprise that “The Road Less Traveled,” a yearlong series of exhibitions and programming of artist-built environments at the John Michael Kohler Arts Center, has gotten a lot of national coverage. And a close look at the work of artist Eugene Von Bruenchenhein, now on display at the Kohler through January 14, reveals a transition emergent in the representation of self-taught artists over the decades.

“Mythologies” is a retrospective of Von Bruenchenhein’s paintings, ceramics, and photographs and features curation by, among others, School of the Art Institute of Chicago (SAIC) faculty members Lisa Stone and Michelle Grabner.

Born in Marinette, Wisconsin, in 1910, and generating a body of work that spans four decades, Bruenchenhein’s first exhibition was at Koeler in 1984, the year after his death. During his lifetime, he developed a series of highly-specific parallel practices ranging from chicken-bone thrones, acidic-colored anamorphic paintings, apocalyptic cityscapes, ornamented ceramic vessels and crowns, and performative pin-up photographs of his wife, Evaline Kalka, better known as “Marie.”

The eclectic artist’s works are arranged at the Kohler into themed groupings. Serial explorations are clustered, enshrined, and nestled inside warehouse-like gallery spaces that can (and do) hold works as large as houses. While “Mythologies” doesn’t contain an actual household, it alludes to household architectures, while furniture supports where certain artworks lived for many years.

Photographs of Marie are gathered up in altarpiece groupings in extended hallways and on neutrally-tinted walls. An armoire shelf displays ceramic vessels. A small greenhouse is installed at the back of the space. 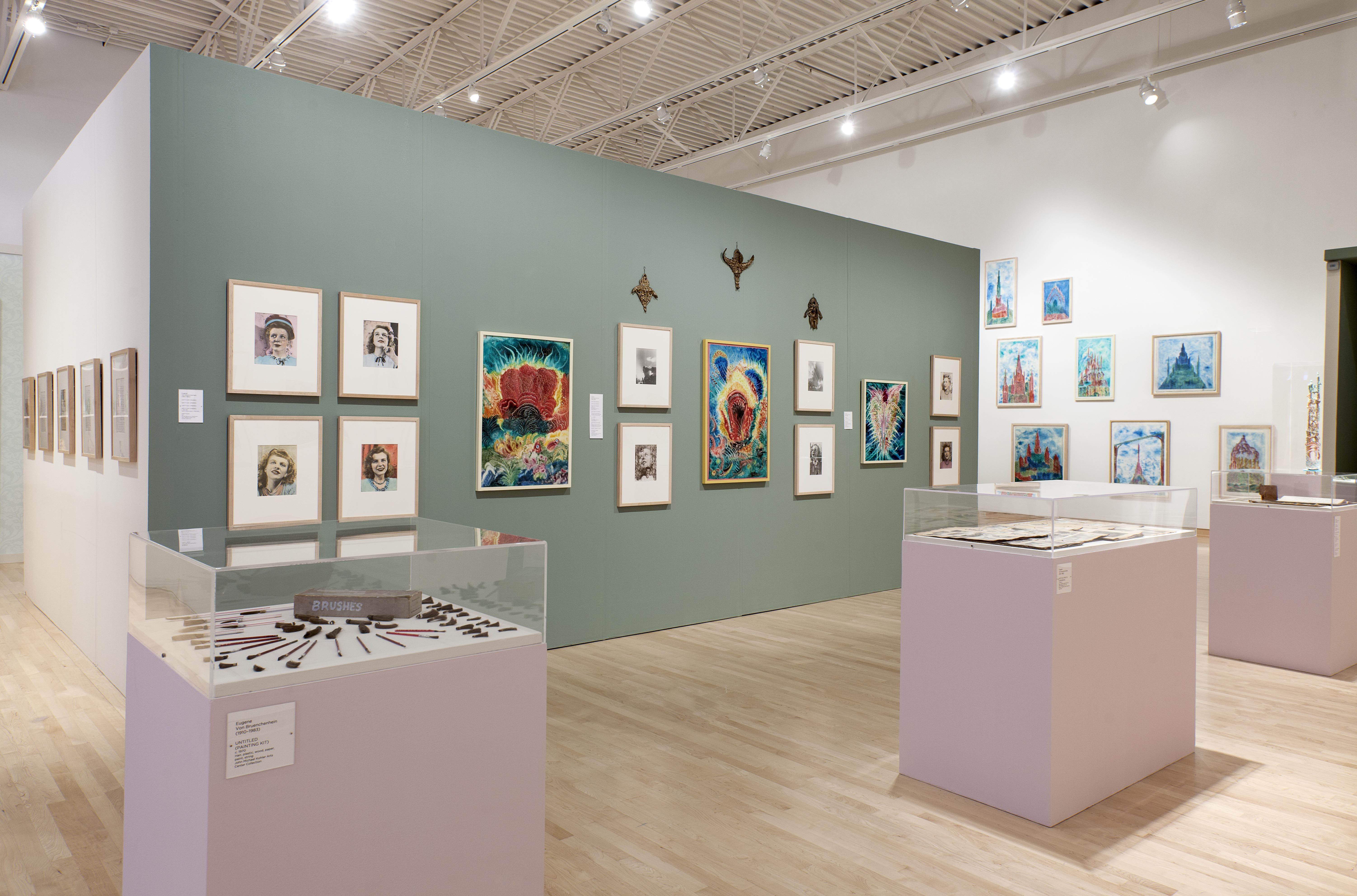 So how is this full-bodied and broadly-crafted artist being contextualized? With what descriptors is Bruenchenhein being defined in the catalogue of art historical terminology? Grabner says Bruenchenhein (a fellow Wisconsonite) was cultivating the ego and aspirations of Picasso but with neither the charm, timing, or talent. Grabner notes in the artist that his shift away from the regional vernacular in academic art circuits ultimately led to a newfound embrace of them.

Michael Bonesteel, author and former SAIC professor, said after a curatorial lecture at Intuit last spring, “The term ‘outsider art’ is on the way out.” At the lecture, Bonesteel maintained the mainstream may be swallowing up the term.

SAIC Art History professor Lisa Stone teaches that self-taught art is moving away from marginalized attribution towards a parallel existence. Bruenchenhein is still posited as existing outside the academic mainstream, but not outside the broad and far-reaching worlds of art and creativity.

Bruenchenhein, who died in 1983 at the age of 73, lived tucked away in a suburban house in the Milwaukee area for most of his life. That he had great ambition and perseverance but no lived connection to the larger art world naturally draws many comparisons to (so-called “outsider artist”) Henry Darger. This is an essential comparison to draw in contextualizing the attitudes towards self-taught artists.

Sheltered under the common umbrellas of “self-taught” and “visionary” — but not yet entrenched in the cult that now surrounds Darger — I wonder if the same cultural approach that welcomed his legacy will address a space of reconciliation a generation later. Here lies some sort opportunity to move the paradigm into a new cultural awareness, and consider how Bruenchenhein can address greater cultural ideas and needs. 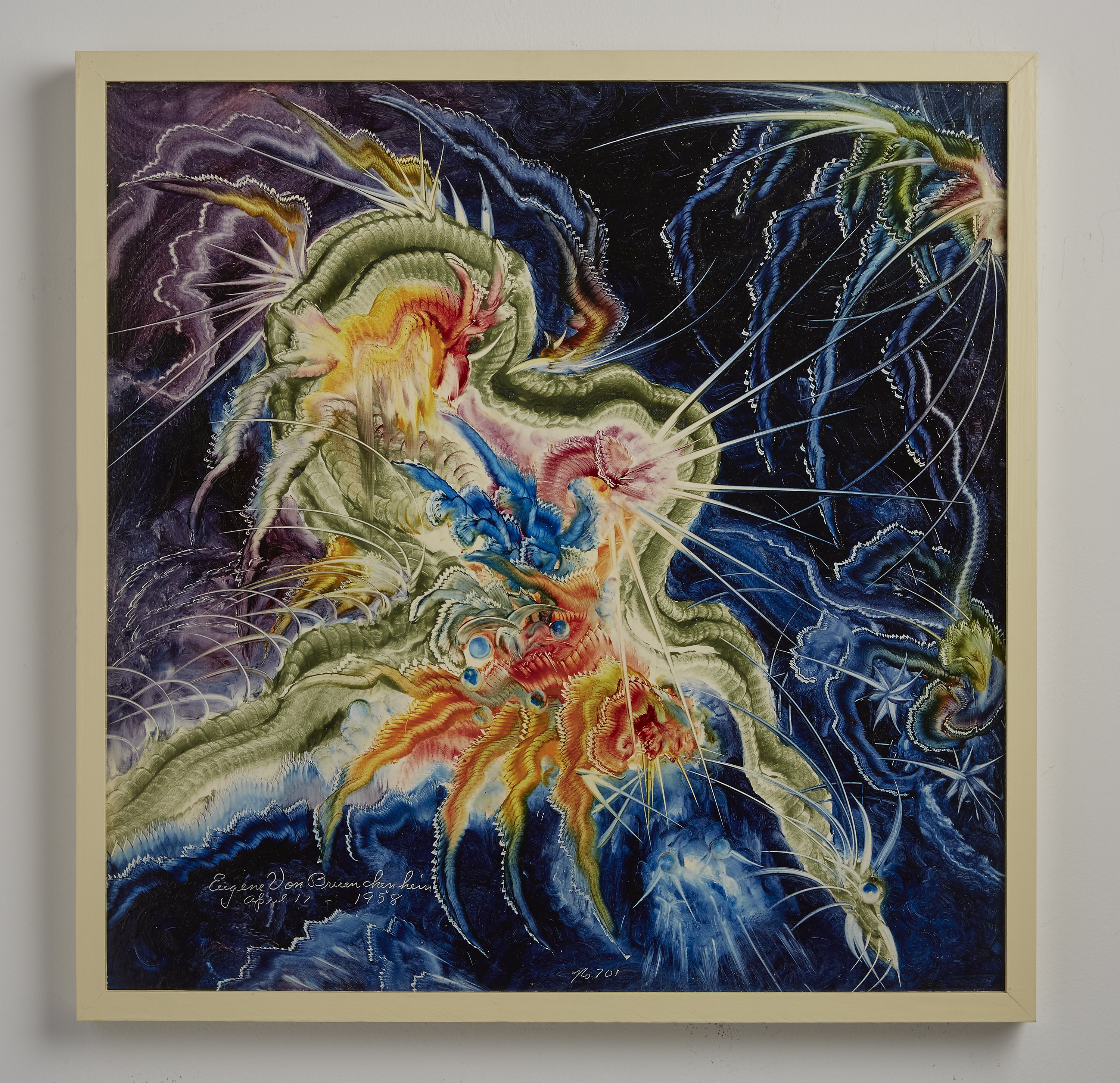 Bruenchenhein (and Darger before him), relocates the artist in a domestic space as well as a regionally-specific one. As the idea of a singular national identity continues to unravel into diversity and overlapping perspectives, Bruenchenhein offers shelter within the domestic space. In times of apocalyptic anxieties and global displacements leading to unprecedented numbers of migrant experiences, Bruenchenhein’s work in the home responds to a desire for regional identity. Possibly, his work is an unrealistic or privileged example in this light; after all, Bruenchenhein had a stable art-making practice fostered in one house over the course of a lifetime (despite many financial instabilities.) However, if the work is considered as the idea of the home, or shelter, rather than a literal space, then it begins to open up all sorts of possibilities.

One of these possibilities, as the exhibition’s title suggests, is myth-making. Bruenchenhein cultivated his own persona, believing himself to be of exceptional talent and genius. He was also fond of depicting broader cultural myths of utopia and apocalypse, particularly in his paintings. While he does flesh out more literal investigations of utopia in stacked, towering pillar-scapes and of the apocalypse in the “H-Bomb” and “Atomic Energy” mushroom cloud paintings, other works give more nuanced interpretations.

Works such as “Wand of the Genii” mark both a fear of nuclear power and an explosive celebration of it. His series of creature paintings shows an enthusiasm for unanticipated presentations of life forms: We see fear of the unknown in depictions of aliens, and fuzzy, cute animals. The mythology in Bruenchenhein’s imagination is itself a kind of shelter, and the presence of his paintings and artwork gives voice to yet unarticulated positionings as he proceeds with an expressive weariness.

If creative practice can be fostered without social endorsement and exist in an incongruous register, then the idea of what constitutes self-expression can replace former structures. This is the context in which Bruenchenhein lands: more as an inspiration, less as a loner. 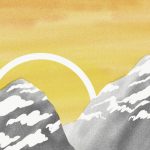 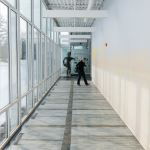