When I first heard about Spotify’s new Time Capsule feature, I was terrified. Everyone on Twitter was in agreement that the Time Capsule was accurate and a reminder of middle school nightmares. I avoided mine, unconvinced that the playlist would be able to encapsulate (get it?) the way my music taste diversified upon the advent of iTunes and puberty.

Then my editor was like, “Write this,” so now I have to crack this motherfucker open — right after I Google where to find it.

In the end, it doesn’t even matter how embarrassed I am this is the first song. Like, I’m not even embarrassed that this is on the playlist. It is true that I rocked to this song as a tiny string bean version of myself years ago. I’m just embarrassed it’s first.

I did not listen to this in middle school; I was super picky about what Eminem I listened to because he’s a creep.

R. Kelly is a bad person and I know all the words to this song.

I think this is on everyone’s.

To this day, I get upset when people get the lyrics to this song wrong. I’m looking at you, the internet.

Honestly, the inclusion of Kanye on this playlist really highlights the lack of 50 Cent.

At first, I did not like Fall Out Boy because my younger sister liked Fall Out Boy a lot. You know, just girly things.

As a kid, I definitely thought my neighbor’s older brother wrote and sang this song with his band (because he had a band and liked this song). I was devastated when I learned the truth.

This song remains on my playlist made up entirely of lady artists designed for those times when I don’t want to to acknowledge that straight, white men make music.

I don’t care what none of y’all say, I still love this song.

I don’t know a single word to this song.

I frequently forget that this song exists. Then I hear it somewhere in the distance, and I don’t know where it’s coming from.

I know people listened to this, but I was not one of them.

I feel like I should be skateboarding down the sidewalk in the beginning of a nineties movie whenever this song plays. It has always made me feel this way, despite the fact that I have literally never been able to shred gnar.

I heard this song for the first time in fifth grade; it was on a Grammy nominees CD, a favorite of the classroom. Whenever this song would come on, we would all yell in unison to block out where the curse words are, as if we didn’t know they were there and just decided that was the right time to yell.

Best listened to on the school bus on a highway bridge over a lake brimming with alligators.

“I Write Sins Not Tragedies” – Panic! At the Disco

This was the first concert I went to as a teenager. I still wear the t-shirt I got at it to bed sometimes. That’s right, this article just got oddly intimate despite it being terrible and embarrassing in every other way.

I heard this for the first time in seventh grade in a geography class where we were given free reign and learned nothing except the words to this song.

My sister’s rendition of this is second only to the original.

I feel like I should have known I was gay much sooner based on what I would think about while listening to this song in middle school.

This was a song I only ever heard on the radio which made it even better somehow.

“I Want It That Way” – Backstreet Boys

My first CD was this album.

For the bulk of my youth, “Smallville” was my favorite TV show. Guess where I heard this song the first time.

I think I liked this song because it described the exact opposite of what my life was.

“Island In The Sun” – Weezer

I also heard this song for the first time on “Smallville,” friends.

Spotify’s Time Capsule feature has a different effect on everyone. For me, all I want to do is rewatch “Smallville.” Somebody save me. 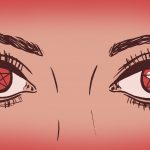 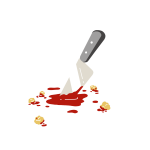