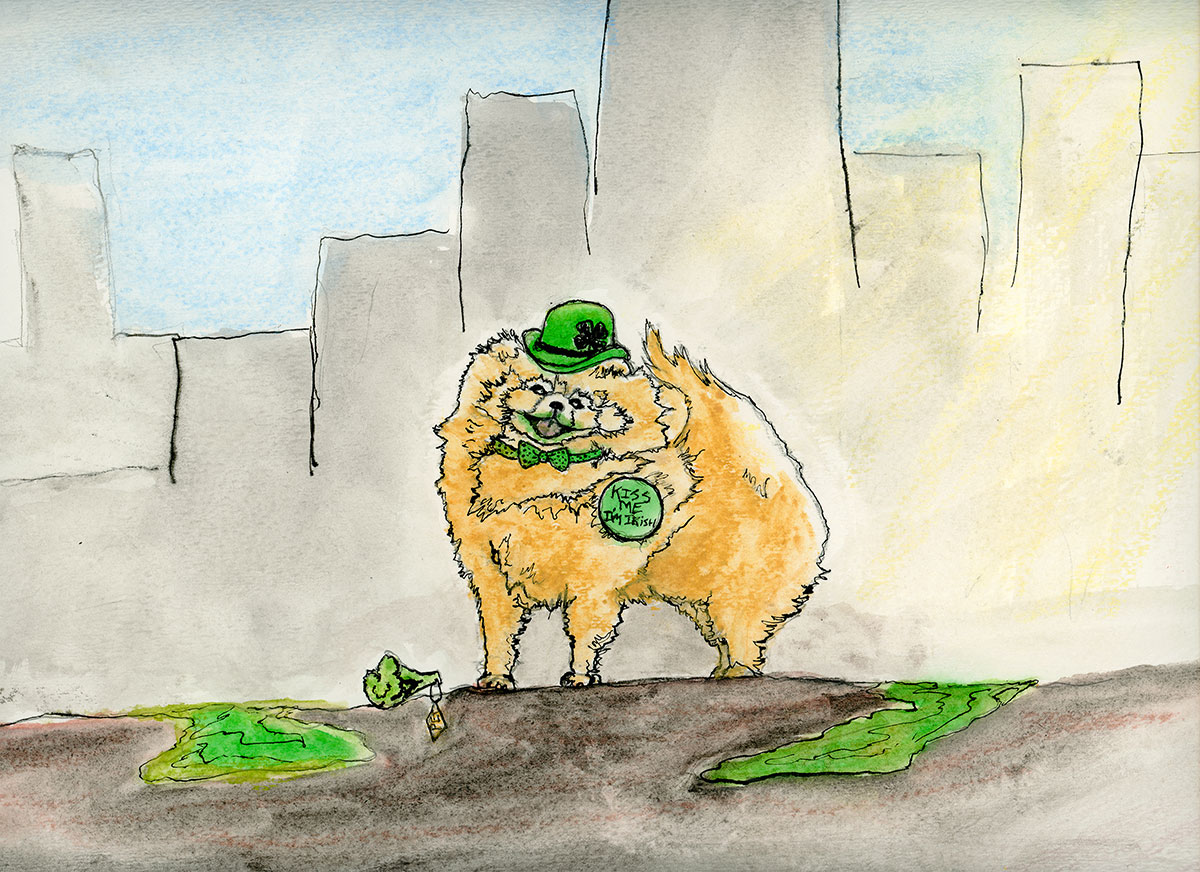 Recently, F Newsmagazine has been approached by a member of the Chicago community who specializes in gossip and goings-on around town. Gossip Pomeranian, as he prefers to be called, would like everyone to know that if they have a question or concern, they can ask him for advice. This week, he’d like to share some information with us about St. Patrick’s Day.

Hi. So I heard St. Patrick’s Day is coming up. Do you know what you’re doing? It’s ok. I know planning can be hard. Which is why I totally know what you should do.

First, buy something green so you don’t get pinched. This is huge. No one likes pinching, so put on your green all fancy-like. Then, do your cute trot down to the irish pub in your neighborhood. Don’t have one? Lap up the leftover puddles of green beer along your way downtown. St. Patrick’s Day is a great holiday in Chicago because everyone comes out to celebrate twice, once on the actual day, and once on the Saturday of the parade (which you missed, so you need to catch up anyway). You can easily tell when puddles are beer instead of pee. Only drink the green puddles. Not the sweet ones — that’s anti-freeze.

Next, know some history. Did you know this holiday is all about snakes? It is. It’s about chasing snakes. And barking at them. Basically this holiday is made for people like me, which is why I’m an expert on spring holidays like this one. Saint Patrick was basically my great grandad. I know, you’ve heard I’m from central Europe, but you don’t know about my mom’s side. We’re Irish by way of England. So: St. Patrick’s my grandad, many greats removed.

Who told you he was a priest? Saints aren’t always priests. And for the record, priests back then could totally get married and have babies. My grandad was a religious family man who was kidnapped by leprechauns and taken to Ireland, where they made him work in one of their illegal gold mines. My great grandad Saint Patrick was trapped deep in a mine when God spoke to him, led him out of the cave, and straight into sainthood. He had to give up his family ways for saintly occupation, leaving my seven-times-great grandmother to emigrate to America while he stayed behind to become Ireland’s microphone to God.

I mean, it’s fine if you don’t believe me, but don’t be surprised when God rains snakes on you. Pomeranians are good at two things: Looking good in costumes and being friends with deities. This time of year, we all need some good luck, and that’s what Saint Patrick (my grandad) was all about. He helped mix the Celtic religious rituals and symbols into Christian services, which is where the recipe for clover-shaped sugar cookies comes from. From the mixing.

Finally, get a date. Yeah. Get a hot date, who looks really good in green. You don’t need a lot of money, just go down to the pet store and get yourself a new squeak toy. It could be, like, a turtle, or a cute rubber broccoli, or the Hulk.

Do NOT get a Leprechaun. If there is a Leprechaun toy, do not get it, because the moment you put it in your mouth, it will come alive and kidnap you.

Remember, party safe, and eat a giant plate of corned beef and cabbage before you drink too much green beer. You don’t want to run all over Chicago drunkenly raving about how Saint Patrick is your grandad, because he’s mine, and I’ll hear about it. 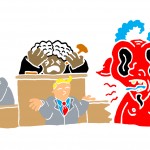