How the Internet is Reviving Vintage Ephemera 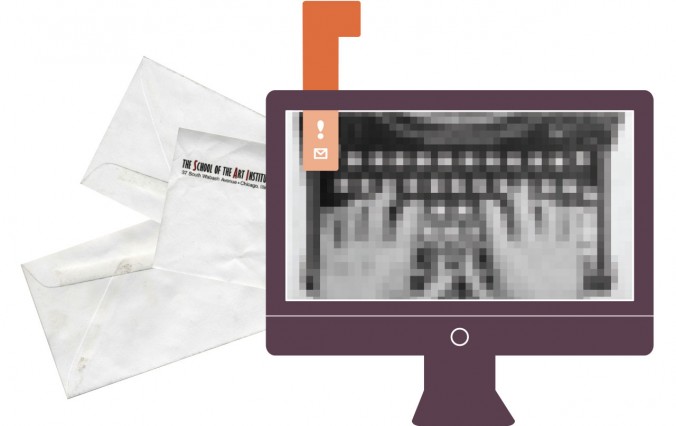 Evan Doorbell has dedicated most of his life to collecting. He has amassed hundreds of feet of audiotape containing beeps, whirs, and intermittent voice recordings found on the Bell System telephone network since his youth in the early 1970s. Doorbell was what many call a “Phone Phreak,” a member of a subculture that played with the phone system and used it as a medium for social connection, prank making, and experimentation — in many ways, a predecessor to computer hacking. A by-product of Doorbell’s activities and those of his peers were recordings of their various “phreaks.”

These recordings can now be found digitized online. Picking up a landline phone and listening to its dial tone may feel like a historical field trip in and of itself. Doorbell’s recordings reveal a largely forgotten and under-documented aspect of everyday life, transporting listeners to a completely different era of communications almost foreign to anyone born after 1980.

The collection exists in a meticulously annotated form, with Doorbell prefacing each recording by listing its date, location, and sound effects. He has taken a noteworthy level of care to articulate the history of the phone network, the equipment used, and variations between regions and phone companies. This special collection is accessible on YouTube (username: PrankyCallz) as well as his own personal website (phonetrips.com), contributing to the increasingly large pool of media history available on the web.

Such material may have been found in few other places before Doorbell shared his work online. Off the web, it would be easy to look for the major events of the Civil War, but far more difficult to learn about the  seemingly trivial details of daily life. Without the internet how would we know what a dial tone in an urban area might have sounded like in 1968?

Many different websites and blogs commit themselves to delivering this type of content. How to be a retronaut (.com) curates collections of images and scans of material that may have previously been ubiquitous or relevant to a particular time and population. The website’s slogan, “See the Past Like You Wouldn’t Believe,” is justified by its midcentury images of playground equipment in the USSR, Larry Page’s business card, Amiga Computer ads, Kodak advertorials, a 1987 press photo of President Nixon with Robocop, etcetera.  The ephemera shown may have previously been found only in stacks of old magazines at a library or festering in someone’s garage. Off-line formal collections do exist at historical centers, archives, government offices, schools, museums, and corporate archives, but nearly all of these require special permission to access.

The Internet has enabled a new era in which historical and cultural study is available to the scholar, blogger, or late night wanderer. Here, the archive supplies a reservoir of material for the production of memes. Footage from art house cinema films may be spliced and overlaid with contemporary music to make montage-like music videos. High quality stills from movies, World War II posters, photographs from 50s magazine advertisements, and school portraits from the last thirty years are combined with text to create new meanings. On Retronaught (.com) pictures from age-old family trips may be uploaded into a photoset or even a virtual time capsule. One of the most well known of these “capsules” is a collection of photographs taken at a suburban mall in 1990. Aside from assigning historical relevance, they often suggest an ironic gesture of self-awareness, an entertaining romanticization of days gone by.

Despite the maker or uploader’s intentions, material from internet historical archives can saturate social networks and develop into its own self-referential language. The “Gersberms” meme of 2012, which reappropriates a print of an earnest grade school girl clutching her Goosebumps trade paperbacks spawned an entire Internet dialect that lasted nearly a year after the meme’s initial creation. Items like this are retooled to fit the motives of the present through a sardonic or sentimental gaze, on previous fashion and literary trends.

While seeking to represent these idealized visions of the past, we often try to incorporate these aesthetics into the present. Take for example the recreation of Facebook’s interface to fit a more 1970s appearance and refer to outmoded technology. Friends are called “pen-pals,” and pictures are called “Polaroids.” There are facsimiles of advertisements for playing chess via a CB radio. Various decades of Facebook’s interfaces “exist” as recreated webpages, poking fun at changing times, but also to assert Facebook as something that can have lasting influence and a presence on the web, an engineered legacy.

In a similar way, a meme has been created to show the Google homepage as a mail-away order form so that users may get information based on various search terms they write down, following the old format of magazines, catalogs, and brochures. The odd thing is that one can imagine the Google order form as a functional system despite the fact that the internet never operated in this way. The pseudo-historic image seems to poke fun at the role of Google as the number one decider of search results, but also illuminates non-web information services as archaic. Here, the stability of the present is found in a destabilization of the past by mocking and imitating previous modalities.

These instances show how contemporary platforms capitalize on historic information to implicate themselves into a collective cultural memory of the past.  In some ways they attempt to glorify aspects of the fleeting present and its transcendence from the things that came before it. These games with history  and technology are a phenomenon that will ultimately become archived themselves. As the present becomes the recent past,  how long will it take to become a nostalgic relic? How will the Evan Doorbells retrofit our collective consciousness then?

Shaken Up and Scrawled Out