By Kekeli Sumah May 3, 2013 Uncategorized

“Her presence is fascinating. Tall and clothed in a garb of many colours. Typical African colors: red, yellow and green with large earrings and a Maasai-type necklace…Her hair is in braids…head-wrap, gold shoulder bands and gold arm bands…beautiful…her presence is very impressive” 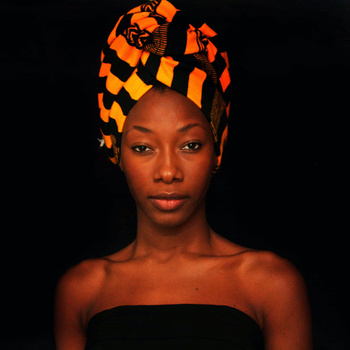 The above quote was scribbled down in my notebook during Fatoumata Diawara’s performance on Friday, April 5th at Mayne Stage—a cozy Jazz-clubby venue off the Morse red line stop. It was, what I would call, a “classy” venue, with a surprisingly clean, well-lit interior. It was an intimate setting, decked with comfortable furniture angled toward the modest stage, yet maintaining a sense of privacy. I enjoyed the setting, although I thought it odd for her to play at Mayne Stage, considering that her music is so often groovy and dance-oriented. Nevertheless if there is a will there is surely a way, because by the end of the night, almost everybody was up and moving. Some of the audience members even found themselves sharing the stage with Fatoumata and her band!

As always, the free body movement activity was instigated by a few of those older “hippie-type” folk. Why is it that at every “African”-tagged event you can find white hippies with dreadlocks swaying mysteriously (and usually without rhythm) to the music? I have yet to find an adequate explanation, but on this occasion their enthusiasm was the necessary catalyst to persuade a quiet audience of racially, nationally and ethnically diverse 20-somethings to get up and join the dance party.

I first came across Fatoumata through her collaborative effort with Bobby Womack on his latest LP release on XL Recordings— “The Bravest Man in the Universe” (2012), an album produced by Damon Albarn (of Blur, Gorillaz), Richard Russell and Kwes. Fatoumata was featured on the song “Nothin’ Can Save Ya,” which I found interesting even if it wasn’t my favorite song. However, when my sister kept referring me to YouTube videos of her solo efforts, I made a connection between her voice and what I heard on Womack’s album, eventually deciding to further investigate this singer/songwriter from Mali by jumping on the opportunity to see her live in Chicago.

And what an opportunity that was! Her voice is beautiful; it is warmly sensuous—colored by the cadences of her native tongues, French and Bambara. Her music blends Western African folk traditions of the Jeli—an occupation that combined the roles of an oral historian, poet, storyteller,  praise-singer and musician—with a jazz-funk sensibility and a peppering of rock and pop elements. Her songs tell stories about love gained and lost, about women’s rights, self-determination and personal life experiences. On her debut album “Fatou” (2011), Diawara sings about these issues with calm instrumentation that point more towards West African folk than rock, in contrast to her live performance. What I found very engaging about Diawara’s live performance was how the polyrhythmic drum parts of the four-piece band mingled with the groovy bass riffs, yielding a very playful and stimulating sonic interaction. 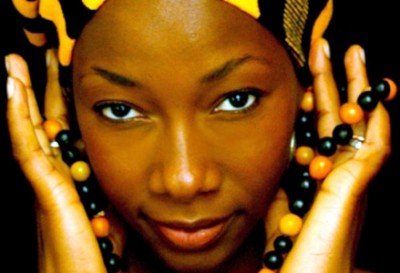 Another very stimulating aspect of Fatoumata Diawara’s live performance are her dance routines. Not every individual is blessed with Diawara’s gift for amazing footwork! As with every culture, African cultures have a tradition of dance, theirs ranging from the very sensual belly/hip movements of women in Central African regions to the energetic jumps and leaps of the Maasai people in Kenya. And like many South American cultures, African cultures often have dance incorporated into every celebration, festivity and social gathering where there is music. People dance in Churches, at baby-showers, after soccer matches, at political rallies, at house parties, in townships, in clubs and the list goes on. Thusly, people who come from this kind of environment often know how to dance, and Fatoumata is no exception. Her performance even culminated with a dance lesson and demonstration delivered to an ecstatic audience. Breathlessly, she announced to the crowded venue, “God gives us so much music—we just have to share!” In light of my dancing proclivities, as well as my own DJ activities, I have to confess that I could not have agreed more!