A bleary classical nude in an eternally empty room, heralding nothing in particular. 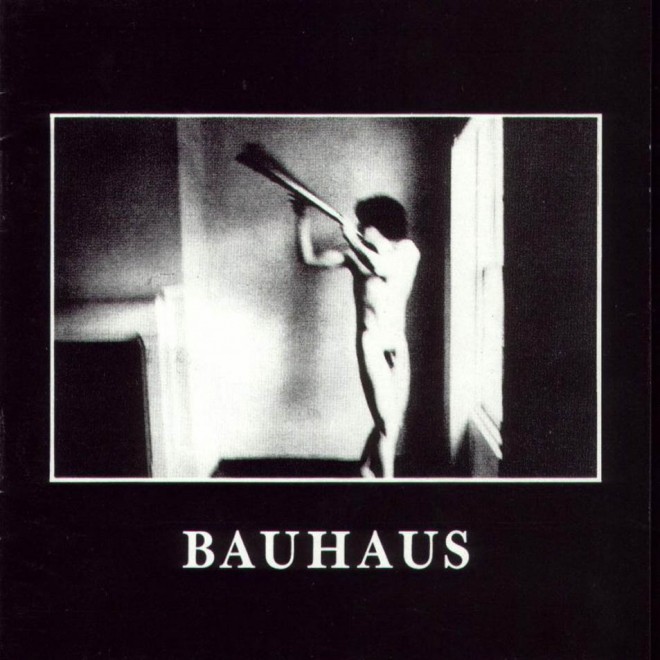 The malaise in the world surrounding the 1970s (a.k.a. post-1960s) was condensed into several different genres of music, almost all of which were seething with anger and disillusionment with more than a touch of excess. Punk is most commonly associated with the rage coming from of the mouths of babes, but there was only so much that could be done with it. Eventually, the umbrella term of post-punk was coined, and though that brand of music was just as expansive, it all immersed itself in the deeper side of festering rage — a doom and gloom that was left behind after the emotional capital was spent.

What was it like living in a time when things meant what they meant and irony was still confined to English textbooks? It’s hard to imagine an act like Bauhaus emerging in our times and heralded as innovators of aesthetic, but that’s what they were to the writhing mass of the discontented. It was as if someone had finally come along and taken all the glitz and glamour of a rock’n’roll freakout and stripped it until nothing was left but jagged guitar lines and a voice that alternates between piercing treble and penetrating baritone.

Bauhaus’ look and feel fed on the grainy black-and-white outlook of the cover of their first album In the Flat Field — a bleary classical nude in an eternally empty room, heralding nothing in particular. For the record, Joy Division’s Closer (as well as Ian Curtis’ much sensationalized suicide) came a few months earlier, but while the album’s look is strikingly similar to Closer and the grim feel isn’t far off, Bauhaus was always running parallel to Joy Division, reaching for the shadows but taking a different route than the latter’s “synth and space” approach. Bauhaus was always concerned with closing in the space and creating a nightmarish, glammy freakshow front-and-center. You can see the difference between the two acts in the album covers as well — Closer is presented by a photo of a statue with crisp lighting against the breathless expanse of a white background, while Flat Field is full of the blurry motion of a human figure against a stuffy blanket of black.

The encroaching aural space lends itself to a creepy vibe, especially in “Stigmata Martyr”, whose repetitive rhythm section is the sonic equivalent of running around in tight circles. The bass and the drums overpower the entire track, driving it with forward motion and backed with the tinny scrape of the guitar lines. It’s actually the more abstract sounds coming from the guitars — the highly distorted fret scraping and harmonic bashing — that add to the song by amplifying its otherworldly glitz. The element that curbs its takeoff is vocalist Peter Murphy‘s varied delivery. Murphy runs vocal laps around the pulse of the band, hitting low and highs that encircle the bands efforts. It’s the sample of “In nomini Patri et Filii et Spiritu Sancti” played in reverse over Murphy’s singing of the same phrase in real time that ties down the whole track as a claustrophobic inner monologue.

Let’s not forget the other element that’s on the cover of In the Flat Field: the text. White text on a black background is a look that is hard to pull off (and hard to know when it’s OK to pull off), but it fits the bill for this album, since words play such an integral part in Bauhaus’ oeuvre. “God in an Alcove” highlights the kind of vocal dexterity at work in the album, with Murphy’s distinctive voice sputtering a medley of syllables in rhythmic ecstasy. When the chorus hits, Murphy’s singing registers as demon-possessed yelps against the skeletal guitar attack. The vocal passage that starts around 1:39 is a great example of the demented tranquility Peter Murphy is known for in his performance — each word is clear but meaningless, the pace is harried but languid, the rhythm feeds off itself and into a quiet frenzy.

In the Flat Field went on to become a seminal work and one of the cornerstones of the emerging goth subculture, and it’s no wonder with the kind of eerie energy that’s present in the album. As it were, the album exists as a compressed black obelisk, standing as a realist’s monument to the dreary undercurrents of its period.

Uncategorized Bauhaus – In The Flat Field