This Israel-born, London-based artist Ori Gersht discussed his photographs and videos, in which momentary glimpses of violence and beauty are made timeless

Last November, Ori Gersht visited SAIC as a guest speaker in the graduate Photography department’s Parlor Room series. In the lecture, this Israel-born, London-based artist discussed his photographs and videos, in which momentary glimpses of violence and beauty are made timeless; the physicality of light and space are poignantly felt; and atrocity is represented as something graceful, even poetic. Deeply rooted in his childhood memories, Gersht’s work weaves together themes of the holocaust, war and violence, themes that are represented through poetic metaphor. 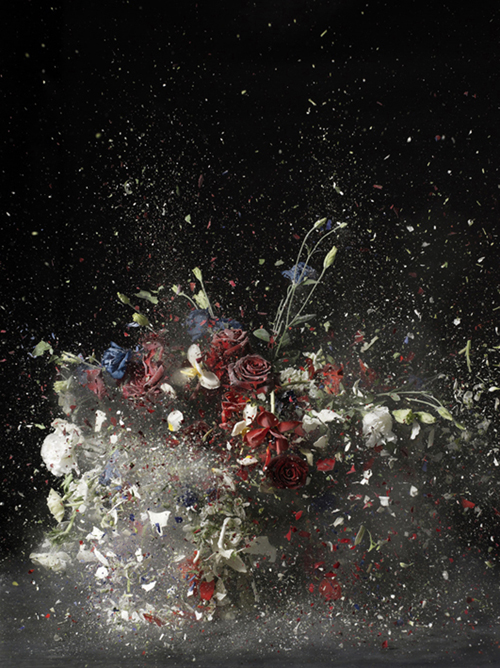 Gersht uses the camera to construct a virtual reality defined by extreme conditions, one that oscillates between explosiveness and quiescence. Time and movement become a disorienting force that highlights the tension between violence and peace, as illustrated by his video, “The Forest” (2006). In this piece, the viewer witnesses towering trees sporadically fall without disturbing the tranquility of the forest. The story behind these images is anything but tranquil, however; these 100-foot trees are deep in the Moskalova woods between Poland and Ukraine, where Gersht’s in-laws hid from the Nazis and witnessed the murders of their friends and neighbors. The detachment of the camera disinterestedly observing the tragedy of a tree’s collapse parallels the impotence of a bystander witnessing horrendous acts of brutality.

Another short video, “Pomegranate,” depicts a bullet piercing through the eponymous fruit, triggering a slow motion explosion of blood-red seeds, juice and flesh. But while the pomegranate fractures into slices and particles, all the other objects in the shot remain completely inert. Gersht’s use of the time-lapse effect emphasizes the striking juxtaposition of destruction and beauty.

Ziyuan Wang: First and foremost, how did you get started in photography?

Ori Gersht: I was interested in painting, but I never saw myself as a natural painter. Also, I was brought up in the context of cinema, for my father was a cinema owner and film distributor, mostly showing artsy European films. The influence of the cinema must have played a part. Then, when I was 20 I started to engage with the camera, and as I became more and more involved with it, it just stayed that way. Photography was always in my background. It came organically, not as a surprise. 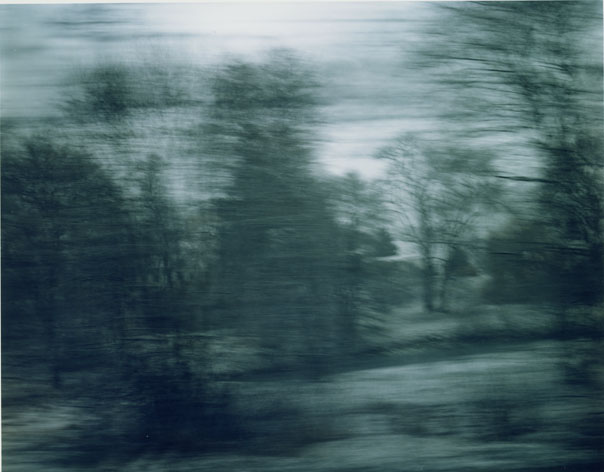 ZW: Your photographs are reminiscent of oil painting. Is painting a major source of influence on your art?

OG: Recently I’ve been examining painting more and more, especially in terms of how it forms art history. I see a direct relationship between painting and photography. As painting was getting closer and closer to realism, there came the point where there was a need to take a step further, and photography was a means to mechanically quote reality.

Painting is such a broad and rich source for me that extends beyond photography, but I’m not trying to make photographs that look like painting — although, the outcome is often very painterly. For example, I’m making a photograph of olive trees, and what I’m thinking about is how to destroy the image with light. So I’m doing long exposure until the light that creates the image is starting to erase the image, which yields completely burned out black-and-white negatives.

Another problem I’m dealing with is how can I bring my psychological state into the process of taking photographs of landscapes. This question is reflected in my series “Clearing,” in which my interest is in addressing how photographs can only represent the past. The images can all seem like the same pastoral scenes; but what happened years ago has such a strong psychological impact that when we revisit these places, we project our memories on those scenes. So this triggers a confusion between absorbing and projecting, and a fusion between my subjective memory and the objective experience of being in the landscape.

ZW: In that sense, is your photography more about personal or collective memory?

OG: It’s a combination of the two. It can come directly from collective memory, but the point of engagement must be a personal one. It’s when these personal memories resonate for years that they become universal. East Israel is all about collective memory and historical relevance. But my work also deals with aesthetic issues. What is the nature and boundaries of a photograph, especially when a photographic image is almost collapsing?

ZW: How does the camera operate in your art? Are you using it as a documenting tool? What’s its role?

OG: Yes, I’m using the camera as a documenting tool, as it always bears some relationship to reality. I find it difficult to use the camera to represent pure abstraction, but at the same time, the way it captures the world is not objective either. There is always a fusion of the subjective position of the image maker, and the indexical presence of the subject in the scene.

I’m not only interested in the various ways of representing a subject, but also how we can create images based on a very simple process. If we put a camera on a tripod and put film in the camera, then ask people to come and click, we will get almost identical images. The images coming out from the clicks is almost removed from the way we experienced the world. I shoot at a high speed or long exposure so that when the light starts to erase information, reality reveals itself differently. It’s interesting how reality can expand itself through the representation of photography.

ZW: What about your choice of subjects? It seems you favor non-figurative over figurative images, but I wonder if your still lifes are imbued with a sense of personification. 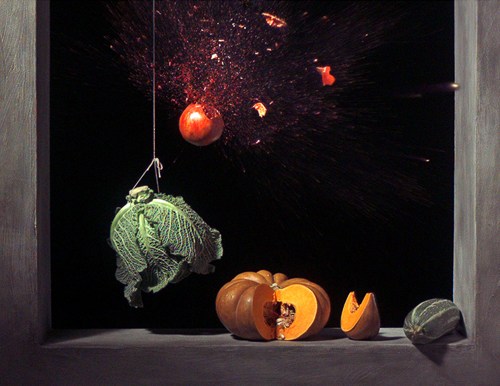 OG: My desire is to create something that transcends a particular time and location, that moves to the timeless and universal. Photographs of events or persons will become first and foremost about the individuals being photographed; this doesn’t interest me. I’m more interested in ways photography can represent through absence, rather than presence. Paradoxically, there is a resonance of the human being in that historical moment through the absence of the human being, and I’m creating a space for the viewers to imagine or feel these gaps.

ZW: References to World War II are explicit in your work, and this makes me curious about how you can try to achieve universality and timelessness when you are addressing such specific subject matter?

OG: It is specific, for photography is always related to the moment when the photograph is taken. My work starts with the particular, and from there expands into the universal. When I was photographing the landscape on my way to the remains of a concentration camp, I was charged with emotions. But the train I was riding ran too fast, so I kept missing the scene. So when I went back to the dark room and processed that film, I realized what I captured was a mist, and that was more significant than the place itself. It was almost as if the images were sliding off the film, and I came to realize my inability to capture anything concrete or tangible.

ZW: Can you describe how you filmed the video “Forest”?

OG: We arranged with the Ukrainian government in advance, and they agreed to collaborate with us and granted us permission to access the local forest. The trees that were falling were being cut down for lumber, but we photographed from a vantage point so that the viewers can’t see the workers preparing them. You don’t know why they fall, the event just takes place. I wanted the entire crew to be very close to them, because I wanted to see the physicality, and to let the filming crew feel the excitement. This sentiment transcends to the film.

The forest is just outside the Ukrainian village where my father-in-law was hiding as a little boy, and it used to be a stage where lots of dark events took place. But there weren’t many witnesses; the forest can hide secrecy. Maybe there is a relation to the Haiku, “If a tree falls in the forest and no one is around to hear it, does it make a sound?” When a tree falls, it is a very dramatic moment. But very quickly this moment is forgotten, and the forest will close the gap as if there were never trees there.

ZW: In video pieces like “Pomegranate” and “Time After Time,” an undisturbed still life composition ends up being exploded into infinite pieces. But in such moments of atrocity, every single slow motion frame is breathtakingly beautiful. What is your intention in depicting cruelty as beautiful?

OG: Life is made up of these internal contradictions. The contradiction which lies in the moment of atrocity and beauty is the one we always find problematic. As human beings, we experience these contradictory moments every day, but in different ways. We go through life feeling almost untouchable, but then we get a small illness and all of a sudden the world seems to come to an end. This kind of inconsolable moment that brings out a moral dilemma is what I’m trying to create in my photograph.