The Joffrey Ballet opens the midwest premiere of The Merry Widow

It’s been a pretty busy couple of weeks for the Joffrey ballet. Not only did they open a production of British choreographer Ronald Hynd’s The Merry Widow on February 16 (running through February 27), but they also celebrated the opening of the midwest premiere of this fabulous ballet with a glamorous, Parisian-inspired luncheon last week at The Four Seasons. More than just a fabulous fete, the luncheon helped to raise money for the Joffrey’s Boeing Bridge Program — a student focused dance program designed to introduce Chicago Public School students to the basic elements of ballet technique. In addition to this event, the Joffrey Ballet’s Spring Gala will be held this year on April 29 at the Auditorium Theatre of Roosevelt University. Following an hour-long performance at the theatre will be a night of cocktails, dinner and dancing at the Palmer House. For more details, or to purchase tickets, visit the Joffrey’s website. 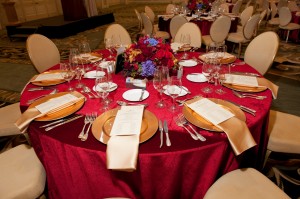 The Merry Widow luncheon at The Four Seasons 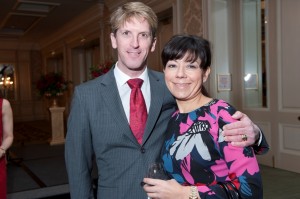 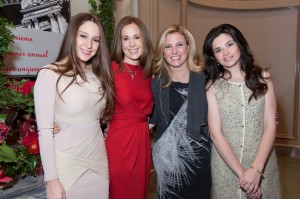 I had the distinct pleasure of attending the opening night performance of The Merry Widow at Roosevelt’s Auditorium Theatre, and had  a wonderful time enjoying what was a very beautiful (and gorgeously costumed) show. I was previously unfamiliar with the story of The Merry Widow, but was delighted by this insouciant tale of love and lust set amidst the glamorous backdrop of Paris at the turn-of-the-century. For those unfamiliar with the story, it is set in the fictional town of Pontevedro, which is facing financial ruin upon the discovery that its sovereign – the very handsome Count Danilo (played exceptionally by Miguel Angel Blanco), is actually bankrupt. As no intoxicating love story is complete without its appropriate temptress, the Count is persuaded to woo one “merry widow” — the ravishing (and wealthy) Hanna Glawari (in a masterful performance by Victoria Jaiani) — whose money would greatly assist the floundering town. As current and past trifles are exposed in this comedy of errors, the story erupts into a series of playful French antics — complete with can-can dancers, seductive waltzes, and endless flutes of champagne.

The Count and Hanna’s storyline is matched in equal seduction with that of Valencienne (danced beautifully by Yumelia Garcia), the wife of Baron Zeta (in a comedic performance by Matthew Adamczyk) who is having a secret affair with a dashing young Frenchman (Graham Maverick).

The entire company danced superbly, exhibiting a striking control of multiple turn sequences and full company numbers that lit up the stage. I would be remiss not to mention the gorgeous set, and even more elaborate costuming – both executed perfectly by designer Roberta Guidi Di Bagno.

Without question, this grand performance executed by the Joffrey was an absolute treat. A timeless story of love (and its inevitable chase) gone awry, The Merry Widow is beautifully done and sure to please. For ticket information and showtimes go to the Joffrey’s website. 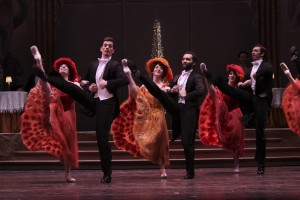 Can-can dancers from The Merry Widow 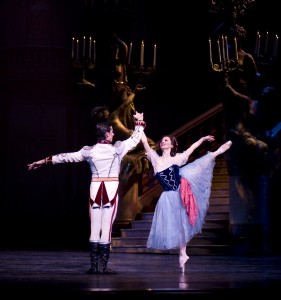 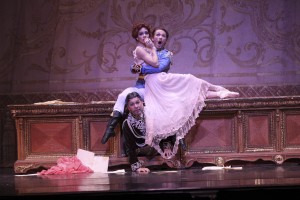 Caught! Yumelia Garcia and Graham Maverick as secret lovers whose tryst has become not so secret. 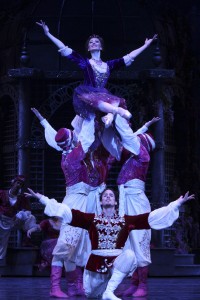 Like Uncategorized The Joffrey Ballet Presents: The Merry Widow