With the current economic crisis, it has become increasingly important for schools to raise funds to help offset these costs through scholarships, grants, and other much-needed forms of aid.

Paying for school is a stressful, panic-attack inducing process that only promises to get worse as tuition costs rise. For many students, paying for a degree would be impossible without one or more forms of financial aid. With the current economic crisis, it has become increasingly important for schools to raise funds to help offset these costs through scholarships, grants, and other much-needed forms of aid. Institutions are continually looking for new means of fundraising to meet the demand, which is why SAIC joined the ranks in using the students themselves as partners in this process.

SAIC is part of a widespread university practice of using student workers to solicit donations from alumni over the phone. “A phone call allows us the ability to elaborate and really share why the funding is important,” said Brian Kish, an Annual Giving Consultant with Campbell & Company, the nonprofit consulting firm that helped SAIC establish their Student Telefund.

This has proven true with SAIC’s Student Telefund, which began in 2009 with the two-fold purpose of raising money for the Annual Fund and reconnecting with SAIC alumni. For a program that is only in its second year, the Telefund has already made a significant impact on the school — one with the potential to benefit all students. 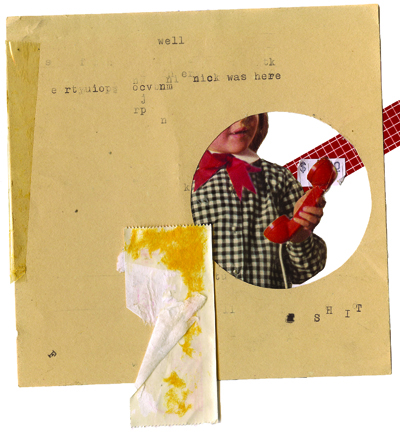 “We doubled our revenue with annual fund gifts alone, and we were able to come in contact with over 10,000 of our alumni,” says Maureen McInerney, the Assistant Director of SAIC’s Annual Fund and manager of the Telefund. The money that goes into this fund is applied wherever needed around the school, from scholarships to supplies to maintaining the facilities.

This contribution is large, considering the size of SAIC’s operation. The Student Telefund is small, consisting of 15 students, with only 11 students working each shift and no permanent space for its operations. Four nights a week, the students transform the 817 Conference Room in the Sharp building into a call center. Depending on how many people answer their phones, the students make 50 to 125 calls a night. Using students to make these calls ensures a greater measure of success.

“Using the person who is going to benefit from the gift is the best way to make phone calls,” says Kish. “Everyone you talk to can relate to that student experience because we’re calling alumni. They’re more tolerant of the person calling because they know a little bit of who they are because they were a student at one time as well. The alum is sympathetic to the person making those calls, and will be more patient and thoughtful in their responses.”

Students at the Telefund undergo three days of training, making mock phone calls and learning scripts. They also keep up-to-date with details of what is going on at the school, so they can share this information on calls. This training prepares students to be comfortable making calls, a task that can be unnerving.

“When I first started talking to people on the phone, it was really daunting. All you do is go from person to person,” says Melissa Callender, a BFA student in Designed Objects. “But people want to talk to you more than you think they do. It’s easier than it seems to have a casual conversation.”

Phone calls allow for a two-way interaction between the students and alumni, which lets alumni voice their concerns. “The purpose of our calls is not just to raise money,” says Brenna Quinn, a BFA in Painting and Drawing and one of the Telefund’s student managers. “We’re also updating records and sharing current events and news. Letting people know that there is other information we have to share with them is an important part of the call, and that makes it easier to ask them for a gift or a pledge. Ultimately if they give, it’s great, but as long as they get that information it’s still a successful phone call.”

McInerney is excited about the connections the program has helped build. “We explore all avenues of giving, not just money,” she says. “Our most important goal is to make those connections with alumni again. We want them to feel a part of SAIC.”

Uncategorized Giving Back to SAIC

2 Responses to Giving Back to SAIC