Students of SAIC share easy to make and easy to afford recipes. 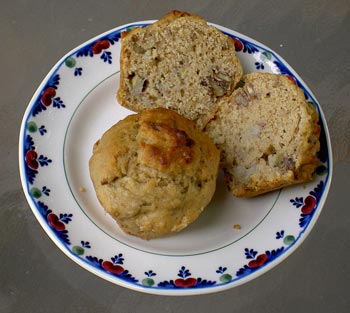 Feeding yourself does not have to cost a fortune. Although temptations can be high within our food-lover’s city, the cost of being a student is higher. Save money and use that room in your apartment, what is it called again? Oh yeah, the kitchen!

A quick run to Jewel-Osco or any other local grocery store can help in providing yourself with cheap and nutritional food products. Believe it or not, McDonalds, Potbelly’s, and Sbarro do not satisfy all the healthy needs of the food pyramid.

“I personally enjoy cooking,” says sophomore Dash Corvin-Britton, also a resident of the Chicago building. “Last year I didn’t really care about how much money I spent on feeding myself so I ate a lot of fast food. I didn’t realize the expenses would add up and before I knew it I had wasted so much money on food that was not only unhealthy, but awfully expensive.”

Corvin-Britton is now proud to say that he cooks various homemade delicacies from guacamole to Caesar salad. However, his favorite to make is the classic grilled cheese.

“Basically if you have bread, cheese, butter and a skillet, you’ve got yourself lunch,” says Corvin-Britton.

Nonetheless, not all students have to exceed their debit card limits in order to learn how to save money on food. Attention first year students, start saving now by learning about what other students have cooking in their kitchens. Freshman Troy Hillman of 162 North State has managed, through experimentation, to create delicious apple cinnamon muffins without actual muffin batter.

“Using a muffin pan I brought from home, I baked in Bisquick pancake batter layered with cinnamon-coated apples on the bottom,” explains Hillman. “They were easy to bake and very tasty.” Pancake muffins with cinnamon coated apples, who would have thought? The appetizing treat is yet to be seen in local bakeries but can easily be cooked up within your homes!

While there are only so many muffins you could bake, there are also numerous dinner dishes that are simple and cheap to cook.

“When I wasn’t vegetarian, I would head down the red line to Trader Joe’s and pick up a pack of four uncooked burgers,” says junior Alex Zak, one of the Resident Advisors of the 162 building. “For six burgers, I paid five dollars which is what I would have paid for one at a local restaurant.” Zak continued to explain how easy it is to make burgers; using a frying pan, grill the meat for about 15 minutes and place it on a burger bun. Voila, you’ve got dinner!

What about the vegetarian alternative to a burger? Freshman Patrick Sarmiento has been keeping up his health at a low cost by making plenty of vegetarian dishes.

“For a just-came-home-from-class-snack, I make kimwa,” said Sarmiento. “You boil half a pot of water and put in garlic, olive oil, salt and chic peas. Later after draining the peas, you can add cut avocado.” In addition, Sarmiento mixes in soybean Morning Star ground “meat” into spaghetti marinara sauce, which coats over his whole-grain boiled spaghetti. He then takes the left over sauce and places it onto a burger bun, resulting in a vegetarian sloppy joe sandwich!

“I didn’t experiment that much with cooking at home, but after coming here it just made more sense and was fun in the end,” says Sarmiento. “I sometimes get together with my neighbors and we share the food we cook, like a potluck almost.”

Last but not least, freshman Alanna Cunningham, through trial and error, has come up with quite the recipe for a side dish she likes to call “Potatoes A La Yummy”.

“It depends on what I have in my fridge, I love to just place a bunch of random items in a pot and mix them around,” says Cunningham. “The best thing I’ve made so far is ‘Potatoes A La Yummy’. Its base is made up of butter, milk, salt, pepper and potatoes. Then I added in some cream cheese as well as sliced and melted American cheese. Threw in a bit of garlic and natural plain yogurt, mashed all the ingredients together over the stove in a pot and came across my yummy creation!” Cunningham added that it is important to taste while cooking, to ensure the quality and tastiness of your dish.

So there you have it: easy, cheap dishes to prevent you from starving or going broke. But please, don’t stop here. Reach out to your friends and neighbors and see what they’re cooking. College is a time for learning, and learning does not have to be limited to just inside a studio or classroom.

Uncategorized Use Your Kitchen Before Going Broke 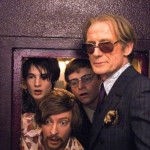