Hello. I’m a practical, rational student and today I’m voicing my thoughts against the world of fashion.
I have just this to say to every fashion student who attends SAIC: “Stop confusing everybody. You’re hurting The School of the Art Institute of Chicago.”

I know what you’re thinking. You’re thinking, “What, me? Lil’ ol’ fahion student me? Why, fashion doesn’t hurt people, it makes them look more attractive.” Sure, you can argue that you just want to contribute to our school’s collective fashion sense or whatever, but you’re confusing the rest of us. By creating or resurrecting styles, you’re giving the student body more aesthetic choices regarding their wardrobe, which means people will be more likely to revamp their image, which means people will be more likely to reinvent themselves, which means I’ll be less likely to recognize people on a day-to-day basis.

This means Geeky Walter could be walking down the hall one week and Goth Walter could be walking down the same hall the next. Well, I assure you, I’d pass by Walter like a dirty hobo–and do you know why? It’d be because of his unprecedented change in style. Walter would be unrecognizable. I’d say, “Oh, there goes some hipster Goth guy who looks like Geeky Walter,” and walk right past him. Do you understand how problematic this could be? Maybe I would need to use him–or rather–utilize Walter’s technical knowledge of computers to get a bootleg copy of Mac OS X Tiger, and if I couldn’t recognize him, I’d be stuck having to pay for all my software. I am not paying for new software.
Frankly, I think it’s just polite to be easily identifiable. Think about how much smoother the entire student body would interact if you could easily pick out a student or teacher from across the classroom.

“Oh, there’s Roger,” I would say, “Roger Red Shirt. I’ve easily recognized Roger because of his red shirt. It’s a good thing, too, because today I need to use him–or rather–encourage him to pull some strings and get me into a coveted class next semester.” Listen, all I’m saying is that students at this school should be clear and consistent, clothing-wise. It’s not fashion fascism, it’s sensible. Like what if Blingy Ben transcended genres and became Emo Ben? Well, I’d be screwed. What if I was going to use–or rather–invite Blingy Ben to change the oil on my Mini? What if I couldn’t recognize him? I will not change my own oil. It’s dirty. I don’t like it. And I won’t have to as long as Blingy Ben stays in line.
My proposal is simple and my burden is light. You don’t have to do anything drastic. I say this to fashion students: “Just take it easy.” To everyone else: “Think about throwing, oh, I’d say 98 to 99 percent of your wardrobe out. Don’t send any mixed messages. If you’re geeky, don’t get Goth on me. If you’re a hipster, don’t get blingy before my eyes. If you’re blingy, don’t dress like you’re a member of Dream Theater.”

We need to subvert that stale, old saying “You can’t judge a book by its cover.” Well, do you know why covers exist? To tell you what’s in the book. And another thing, if there were little trinkets or buttons everyone could wear regarding their interests and lifestyles, that would make life easier. Think about it.
If you enjoyed Mexican Cuisine, you would be required to wear a little burrito-shaped pin on your shirt so I could easily strike up conversations with you. If you enjoyed game shows you would wear a little microphone button, if you hated rodents you would wear a button shaped like a mousetrap and so forth. It would reduce the amount of useless small talk people experience. 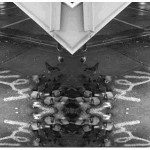