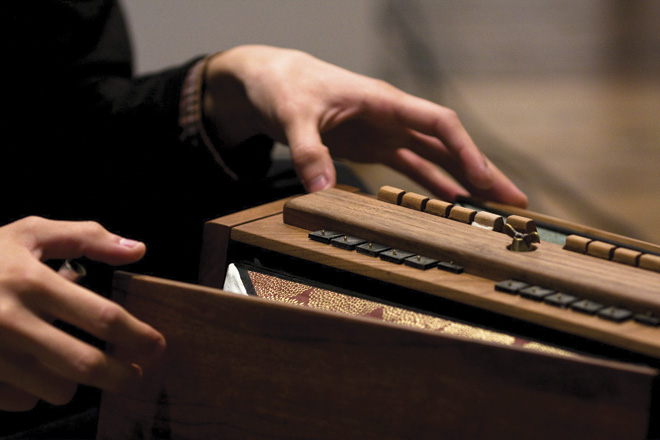 East Garfield Park is quickly becoming a nexus of art and cultural production in Chicago, and Devening Projects and Editions, located on Carroll Street, has been a vital player on the local gallery scene. The proprietor, Dan Devening, splits his time between the gallery and an Adjunct Faculty position in the Painting and Drawing Department at SAIC.

The most recent exhibition at Devening Projects features the work of Mark Booth, SAIC Assistant Professor in the Writing and Sound Departments. In his exhibition “The Sea Is Represented by an Irregular Shape,” Booth presented a collaborative performance of 12 vocalists reciting lines from an ongoing body of work, “God Is Represented by the Sea.”

“I am very intrigued by creative
works that encourage the
viewer and listener to slow
down and live in the present
moment of experience.”

The piece pays homage to Guy de Cointet, a French conceptual artist who was influenced by postwar information-based systems. He created works on paper that were based on his cryptographic, or coded, language. For the exhibition, Booth created two-dimensional acrylic, text-based paintings of sentences and phrases repeated throughout “God Is Represented by the Sea” and a two-channel audio installation. 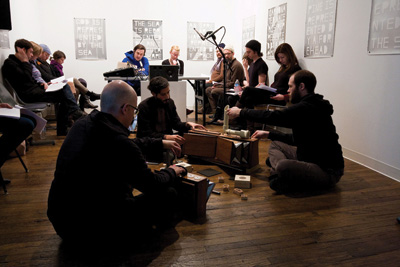 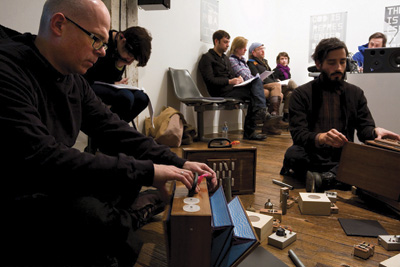 “[Coppice’s] sound score is actually a list of instructions, certain combinations of instruments playing at the same time or alone,” says Booth, explaining his layering of sound and Cagean technique. “The score is regulated by its own rules with a few desired requests from me such as many long spaces, not playing continuously for the entire piece, [and] not following the vocalists. The sound acts as an additional layer, existing perpendicular to the language.”

“I am very intrigued by creative works that encourage the viewer and listener to slow down and live in the present moment of experience,” says Booth. “There is a deliberate slowness and an attention to quotidian detail in [Andrei] Tarkovsky’s work that I respond to. The work to me feels like meditating.”

As each performer finishes, they quietly leave their seat and another takes their place. This pattern continues on until the end of the text. After two hours, the performers become slightly restless, but the first vocalist resumes her position at the head of the table. As she leans into the microphone, the room seems to swell with anticipation. The room has reached capacity, and the audience overflow has spilled onto the floor. Enunciating those six words as clearly as before, she states, “God is represented by the sea.” To which vocalist two replies, “The sea is represented by an irregular shape.” We’ve reached the end of the text, which is exactly where the performance begins again. 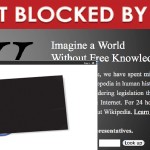 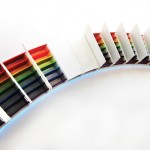 The Rainbow Behind the Junk

One Response to An Irregular Shape